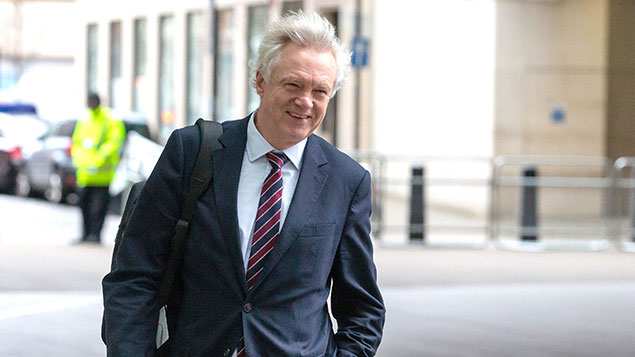 A proposed delay to the extension of IR35 rules to the private sector has failed to gain support in parliament.

Last week, Conservative MP David Davis tabled an amendment to the 2019-20 Finance Bill, proposing that the private sector roll-out of off-payroll rules be postponed until the 2023-24 tax year.

The amendment was due to go to vote yesterday (19 May) but Labour members declined to vote, meaning there was no way of securing a House of Commons majority for the amendment, and making the vote redundant.

The extension to the regulations will now be introduced in April 2021, one year later than originally planned..

Acting co-leader of the Liberal Democrats Sir Ed Davey said it was important that a full review of the legislation takes place “if it’s to be done in good faith, and I’m afraid the way the government has acted is a breach of faith to the 5 million self-employed in our country”.

A House of Lords Committee recently produced a damning report on the proposed extension of IR35 – which aims to ensure people are not working for organisations through limited companies as ‘disguised employees’, paying lower tax and national insurance – claiming the reforms were “riddled with problems, unfairnesses, and unintended consequences”.

Other MPs offered evidence of employers offshoring work rather than employing contractors within the requirements of the rules, and blanket assessments where organisations refused to employ anyone working through a limited company.

The reforms had originally been meant to come in last month, but were postponed for 12 months due to growing business uncertainty surrounding the coronavirus epidemic.

“For government to bulldoze ahead with this damaging legislation at a time of national crisis beggars belief. Government should be supporting businesses right now, not hampering them and, in turn, inflicting harm on the entire UK economy.”

Seb Maley, Qdos CEO, also expressed disappointment that the reforms will press ahead. “The government has buried its head in the sand when it comes to IR35, continually ignoring compelling arguments that call for a rethink of the legislation. The coronavirus crisis also means raising tax receipts has become a priority for the Treasury – even if that means contractors may be wrongly forced into ‘zero-rights employment’ as a result of the reforms.

“With less than a year until IR35 reform arrives in the private sector, businesses must continue their preparations. And companies that haven’t started yet must get to work. The changes are needless and shortsighted, but by taking a measured approach and prioritising accurate assessments, firms can continue to compliantly engage genuine contractors outside IR35.

“Meanwhile, the businesses that have banned contractors altogether or blanket-placed these workers inside the legislation should reconsider their stance immediately.”