Psychological safety at work: it’s not about being “nice” 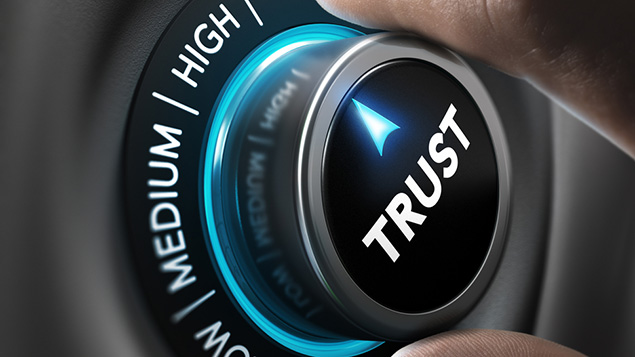 Studies show that trust and psychological safety in the workplace help employees perform better. But there’s more to creating this sort of environment than pleasantries and social events, says Stuart Hearn.

I say this not because I relish conflict in the workplace, but because there’s an important distinction between courtesy and candour. It touches on our response to risk and failure, our willingness to ask for help, our ability to be humble and fallible. Ultimately, it’s about mastering our instincts in times of stress.

In any hierarchical structure – and most of us work in one to some degree – we have opportunities to take refuge behind our instincts. It’s easier to agree with your line manager than it is to point out a mistake they’re making. It’s easier to try to shrug off or share blame than it is to acknowledge that you, and only you, screwed something up.

We cultivate an image of ourselves, perhaps more so at work than anywhere else. We invest in an image because we feel that it will take us further than our authentic selves would. Anything that threatens that image needs to be side-lined, downplayed or scuffed over.

I suspect you can see the point coming by now. What if that mistake you decided to overlook was the difference between a project’s success or failure?

What if your ability to acknowledge your shortcomings highlighted a crucial process failing that, when fixed, made a serious difference to your organisation’s bottom line? Our instincts are there to protect us, but they’re very rarely tied into our higher reasoning.

The problem is that genuine trust has been proved, over numerous and wide-ranging research projects, to be a huge contributor to performance. Think of Google’s Project Aristotle, which analysed data on the composition and behaviours of hundreds of high-performing teams.

The story of the search is an interesting read in itself, but the crucial point is that the highest performers shared an atmosphere of psychological safety. Not education, not diversity, not gender balance or anything else. They trusted each other, so they were able to speak up without fear of rejection or ridicule. That’s what we should be aiming for: an environment where we can share opinions, suggest ideas and refine our thinking in an understanding and receptive way.

Whose responsibility is this? Is the onus on the employee to force the issue or the manager to create the environment?

I would argue that the more hierarchical your structure is, the more the responsibility falls on the manager to create the conditions for safety.

As a manager, you set the tone. You need to show that you’re willing to solicit and receive feedback. You need to show that the barrier between you and your team is soft enough that they can share their thinking with confidence. So here are a few simple principles you can put in place to encourage conversation, engender trust and take a big step on the road to consistent high performance.

Does everyone on your team understand their responsibilities? You may raise an eyebrow at this question, but “clarity on objectives” was being highlighted by Deloitte as a key driver of success and performance as far back as 2014. Set expectations. Link them to broader business goals. Help people understand their place in the organisation, and how they contribute to its success, and guess what? That’ll engender trust.

We spend much of our waking lives at work, so of course we’re going to build friendships with our colleagues. But to refer back to Google’s study, their data analysis showed no correlation between performance and social connection. It was trust, again, that was the key differentiator: it didn’t matter whether people met for a drink or only ever talked in a meeting room.

The more often you can give your people feedback, the stronger your bond will become. People need praise (and constructive support and advice) in the moment, not months later. A manager that takes the time to communicate regularly and constructively with their team already understands an absolutely vital principle: that the more you listen and the more you communicate, the more your employees will understand their value to you. And feeling valued is a cornerstone of employee engagement.

Trust means democracy. And yes, that sounds a little like a speech from a 1990s left-wing politician, but it’s also a key finding from Google’s study. Trust is far easier to engender and maintain when no one voice dominates the discussion. It may sound obvious, but the more people who speak up in a session, the more likely it is that the team will achieve and deliver. Everyone’s invested. No one feels marginalised. You get a broader viewpoint and a stronger bond between team members.

Managers will always have their favourites. And the truth is that this is usually based on merit: you don’t favour someone because they’re consistently under-delivering. But to make the bar as level as possible, ensure that everyone has equal opportunities to learn and develop. Not all people are created equal, and some will naturally achieve more than others. But by showing that you’re committed to developing everyone, irrespective of whether they’ve just delivered a seven-figure sales deal or cracked a business-changing problem, you’ll show that you’re invested in their success.

Business and HR leaders need visibility to deliver all of this, which is why it’s so vital to support managers and teams with a good performance management framework.

But the fundamental truths behind these points – good communication, a fair allocation of resources for development and a commitment to clarity and transparency on goals and objectives – are the building blocks for trust in the workplace. There’s nothing soft about this. Create an environment where people can speak their mind and you’ll reap some very serious rewards indeed.