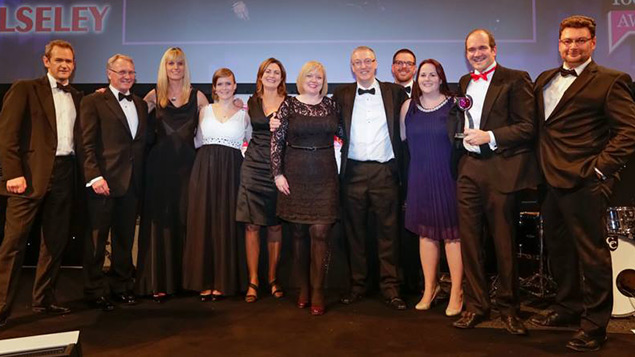 Plumbing distributor Wolseley won the 2013 Award for Talent Management, sponsored by a&dc, at the Personnel Today Awards on Monday. Here we present its winning entry, and those of the runners-up.

Wolseley UK is the UK operating subsidiary of Wolseley plc. It provides construction products and materials through a nationwide branch network, including Plumb Centre, Parts Centre, Pipe Centre, Climate Centre, Drain Centre and William Wilson. The company employs around 6,000 people and has a network of 919 branches.

The challenge
In 2011, Wolseley UK restructured its business to focus on becoming number one or two in its chosen markets. The restructure meant the company’s staff pool was reduced by 40%, and the company needed to come up with a new people strategy and talent pipeline to meet its goals.

About the organisation
Merlin Entertainments is one of the world’s largest leisure and entertainment companies, operating more than 90 attractions across 22 countries, including Sea Life Centres, Madame Tussauds and Legoland.

The challenge
Merlin’s ambitious growth strategy means it opens new attractions at a rate of at least seven per year. This means the company needed to ensure it had viable successors for senior leadership roles, and put in place suitable development programmes for its board and their successors.

About the organisation
LV= employs more than 5,700 people and has more than five million customers for its range of financial products. It is the UK’s largest friendly society and a leading financial mutual.

The challenge
LV= has undergone significant change in the past five or six years, experiencing rapid growth to become an award-winning business with high brand awareness. However, it felt that a “command and control” culture had crept into the organisation, where people avoided making decisions and taking risks, so it wanted to develop forward thinkers and innovators.

About the organisation
EDF Energy is a major UK energy supplier. Worldwide, it has almost 160,000 employees, with around 15,000 of those in the UK. It is owned by EDF group, one of the three largest energy companies in Europe.

The challenge
EDF needed to find a resourceful way to increase the quantity, quality and diversity of its talent pipeline for first-line leadership roles across its nuclear generation (NG) business. An ageing demographic, coupled with limited options to buy in talent, meant it needed to encourage leadership aspiration internally.

About the organisation
Lyreco is a privately owned, family-run company supplying workplace products such as stationery, furniture and computer accessories. It operates in 27 countries and has 1,400 staff in the UK.

The challenge
Staff attrition had reached an all-time high of 40%, so training and recruitment costs were escalating in an economic climate where savings needed to be made. The stability of the business was being affected and it was losing revenue from customers. The company wanted to build a more visible internal talent pool and better understand the challenges facing managers.

About the organisation
Hertfordshire County Council is the county’s largest employer, delivering a range of local services to over a million people.

The challenge
The council needed to save £200 million over four years, with an annual budget reduction of 25%, yet still improve customer outcomes and respond to increasing demands on its services. As part of its “Council for the Future” business transformation, it wanted to focus on building strong leadership.

Judge’s comments
“A business transformation programme not just to boost efficiency, but to ensure culture change too. A flexible approach designed to embed learning for the long haul” – Michael Jenkins