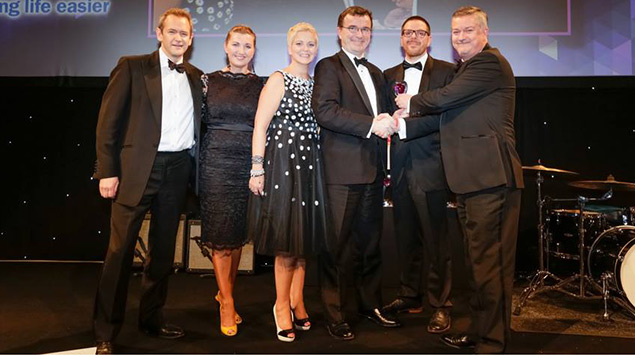 When Bank of America announced it was going to exit its UK and Ireland credit card businesses in April 2011, this meant possible closure or sale for MBNA and an uncertain future for its longstanding employee base in Chester.

Faced with such uncertainty, many businesses might have stripped back spending and made the operation as lean as possible so it would be attractive for sale. Instead, MBNA’s management took the decision to invest in its workforce and provide them with the skills and mindset to deal with a period of rapid change, whatever the final outcome.

It was this unique context and brave approach which led MBNA to win the 2013 Personnel Today Award for Employee Engagement.

“We wanted to approach it from a different angle – rather than focusing on the destination, we took the decision to encourage our employees to make the most of the journey,” explains Gill Taylor, HR Executive at MBNA.

It was particularly important for the company to retain its highly engaged and skilled employees and “to maintain the success we were achieving as a business”, she adds.

To address this, Taylor and her team came up with an employee engagement programme called Xplore – based on the idea that explorers take accountability for their actions in uncertain territory and define success from the journey as well as the outcome, a mindset they were keen to embrace at MBNA. The programme was based around the pillars of “engage, enable and empower”, and included opportunities to participate in personal and professional development programmes and qualifications, speaker series and insight to leadership events, a leadership-specific social networking hub known as “The Leadership Cloud”, and an all-employee activity hub known as the Xplore portal.

Middle managers were able to attend courses on managing and communicating change, and motivational speakers such as the explorer Sir Ranulph Fiennes were invited into the company to share their experiences. Internal speakers also gave talks about their leadership styles.

“Chief Xplorers” (of which there are 42 across the business, not all in leadership positions) remain key opinion formers within the business and help to communicate and engage their own individual departments about what Xplore can offer.

“We focused on choice,” said Taylor. “While we could not provide certainty to employees at that stage, what we could say is that no matter how long they stayed within the business, whether six weeks, six months or more, we wanted that time to be the most fulfilling and engaging they had had in business. And it worked. People realised the business was – and remains – committed to them as individuals, and to offering the support and investment to realise their capabilities.” As with anything new and different, the “explorer” terminology took time to embed, but it is now firmly rooted into the language of the business, and the way it does things.

There has also been a lot of work done to break down hierarchies in the organisation. The chief executive writes a weekly blog, while overly formal “town hall” meetings, where managers speak in an auditorium, have been replaced by more intimate coffee mornings or opportunities for individual departments to meet with the senior team.

Following a period of outstanding achievement during 2012 and 2013, the business was given fresh impetus and, with that, renewed investment that took it from “maintaining” to growing the value of the business. For Taylor and the HR team, the task now is to maintain the record engagement levels achieved during the last two-year period. “But that’s a nice problem to have,” she says.

“We’ve seen the business truly come together, the engagement and spirit of unity is as strong as it’s ever been,” she says. “Employees are confident and empowered to achieve the very best in themselves.”