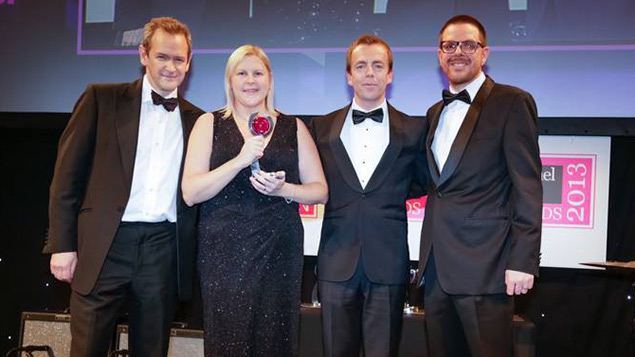 Many of the entries to the 2013 Personnel Today Awards boasted about HR’s commercial savvy and the contribution the function made to the bottom line of the business.

But when it came to judging new category HR professional of the year, there was no argument that Nicola Burrows’ achievements had had a significant impact on ATS Euromaster’s balance sheet. Three of the tyre company’s loss-making centres she had been involved with had returned a profit, while another two were on track to do so by the end of 2013.

Her partnership approach has been so successful that the company, which five years ago suffered from a long record of financial instability, is now replicating it across other regions.

One of the category judges praised Burrows for her “straight talking… She gets on with what needs to be done without any fluff”.

“I was really surprised but proud to win the award,” Burrows says. “The project I was involved in meant restructuring an area in partnership with the area manager to make sure it was fit for purpose and that we had the right managers in the right place.”

As head of HR for ATS Euromaster’s retail operations, Burrows worked closely with area managers in struggling centres in ATS’s Northern region. She had identified that some centres, despite investment and training, were still making a loss.

Together with the area operations manager, she looked at staff suitability for roles and reassessed working structures. They set up a selection process to implement a cluster management model, so that some employees took redundancy while others were promoted.

This involved difficult conversations with managers, many of whom had been working for the company for a long time. Burrows says: “We had to make some difficult decisions. Some people had worked at ATS longer than I’d been alive.”

Her relationship with the senior team has bolstered her confidence to lead further change. She adds: “The operations director is a real advocate of what HR does. My remit is to challenge, and then to provide a creative HR solution.

“We are constantly asking: why are we in this situation? Why is this person in this role? If it’s not right, we need to make some tough decisions. I asked the area managers what they wanted to achieve and how I could support them. This helped HR to gain credibility really quickly.”

The fact that the Northern area is now £50,000 ahead of budget for this year and will deliver an increased level of profit again has “rubber-stamped” this approach, she adds, while gaining external recognition has boosted her ability to tackle difficult situations.