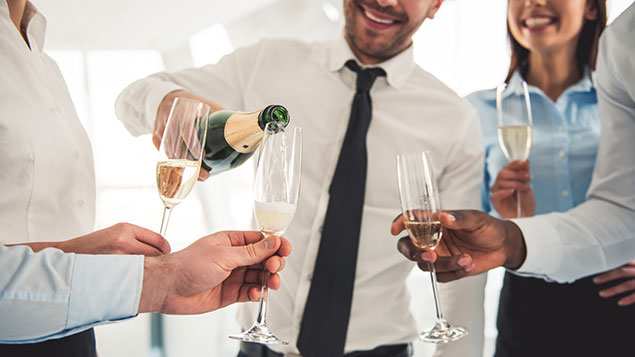 Consulting firm PwC has introduced new rules around when and where employees can drink alcohol in the office.

Under the new regime, alcohol can only be drunk on PwC premises if it has been supplied by the company’s in-house catering team at designated events.

Last year, the company fired five of its partners for inappropriate behaviour, including harassment and bullying over a period of three years.

The move comes as an increasing number of companies adopt zero tolerance policies against inappropriate behaviour and the risk of harassment at work in the wake of the #MeToo movement.

It also comes in response to multiple scandals in the UK finance and accounting sector, seeing partners from Deloitte, KPMG, EY and PwC leave the businesses after accusations of improper conduct.

Fellow consulting firm KPMG was accused of bringing in the “prosecco police” last week after it said it would employ “sober chaperones” at its Christmas party to look after staff and ensure everyone gets home safely. Another accounting firm, BDO, has also introduced a chaperone policy.

Insurance market Lloyd’s of London banned daytime drinking and recently said it would ban anyone it suspected to be under the influence of alcohol or drugs from the building, setting up a hotline where staff can report bad behaviour.

A spokesperson for PwC said: “As part of the regular review of our policies we recently refreshed our policy on social events.

“Only alcohol sourced from our in-house catering company can be consumed in the office.”

It noted that it regularly hosted events that did not involve the consumption of alcohol. The spokesperson added: “We are committed to providing an inclusive environment for all of our people and develop activities for team building events in the office such as pizza making and barista masterclasses.”

Earlier this year, industry regulator the Financial Reporting Council said it expected firms to disclose all complaints about “non-financial” conduct as part of their reporting responsibilities, including claims of harassment, bullying, alcohol and drug abuse.