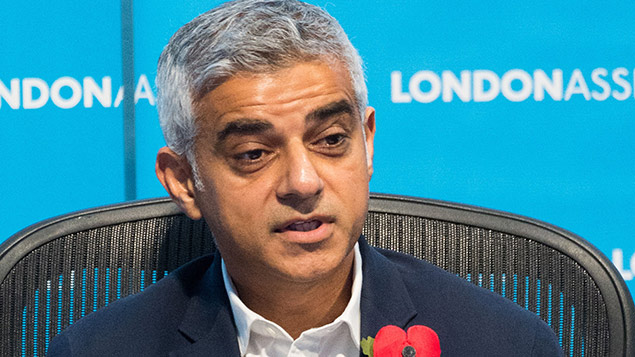 More than 4,700 employers now pay at least the Living Wage, including some 1,500 in the capital.

Living Wage Foundation director Tess Lanning said: “Responsible businesses know that the government minimum is not enough to live on, and today’s new Living Wage rates will provide a boost for hundreds of thousands of workers throughout the UK.”

“Employers that pay the real Living Wage enable their workers to live a life of dignity, supporting them to pay off debts and meet the pressures of rising bills.”

Research found that £809m in extra wages has gone to low-paid workers because of the Living Wage movement, with almost £200m extra received in the past year.

The Living Wage rates are independently calculated based on what people need to live in the UK and London. The 2018 increases have been largely driven by higher transport costs, rents and council tax.

“While the Chancellor announced last week that the National Living Wage will increase to £8.21 an hour in April 2019, this new rate only applies to over-25s. There are four lower wages incorporating other wage brackets – from £7.70 an hour for 21 to 24 year olds down to just £3.90 per hour for apprentices. Speaking with AAT members, over half would like to see these five rates replaced with a single, one-size fits all minimum wage.”

He added that with a third of AAT’s student population being aged under 25 and with over 10,000 studying apprenticeship schemes, it supported the National Union of Student’s description of the apprenticeship wage – currently £3.70 per hour – as “exploitative” and believed they should also receive the standard minimum wage.

Heathrow Airport began paying the Living Wage this time last year. Its chief financial officer Javier Echave said: “Delivering an ambitious cost efficiency programme while making responsible decisions for our people is compatible. Embracing the Living Wage is not just about values, it’s about value. Fair pay drives engagement, higher productivity and better service to our passengers – a win-win solution to all.

“Later this year, Heathrow will be publishing a roadmap on how we will work with our directly engaged supply chain to ensure they also guarantee employees are paid the Living Wage by late 2020.”

Alison Neill, who works in the airport’s business support centre said: “Heathrow’s decision to guarantee its colleagues are paid the Living Wage has made a huge impact on my life. Before I earned the Living Wage, I was struggling to keep on top of escalating debt, which was affecting my health, and quality of life.

“One year on from being lifted onto the Living Wage and I’m now on top of my finances, much happier and more motivated in my role because I’m no longer worried about being overwhelmed with debt. You might not be able to pick out those struggling in a crowd, but I was there, and I know that I am not alone. I strongly encourage other businesses to recognise the value in paying their employees a real Living Wage.”

3 Responses to ‘Real’ Living Wage increases by 2.9% outside London