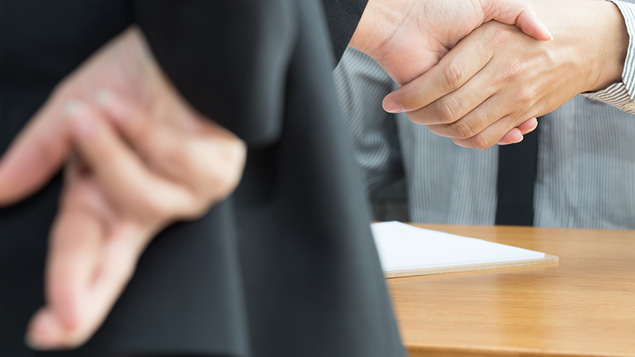 Around a third of HR practitioners feel that managers in their organisation often engage in behaviours they consider to be unethical, according to a new CIPD survey.

Its survey of almost 1,000 HR, L&D and OD professionals across the UK found that 28% of respondents felt there was a conflict between their own professional judgment and what the organisation expected of them.

The same proportion admitted that they often felt it necessary to compromise their ethical values to succeed.

However, many HR professionals were happy to call out behaviour or ways of working they did not agree with, according to the CIPD’s report, The people profession in 2018.

Forty-four percent had regularly challenged the purpose of tasks they had been asked to do in the past year. They based this on a number of factors including personal experience (76%), data (55%) and intuition (49%).

There is still room to improve HR’s profile within organisations, however. The CIPD found that 57% felt the function was taken seriously, 54% felt it was respected and 58% thought it was given the opportunity to add value.

Despite HR professionals’ concerns, more than three-quarters of those surveyed stated their job gave them a sense of purpose and contributed to the greater good. Seven in 10 felt their role made them happy, and 67% said it made them feel energised.

Just under two-thirds (64%) saw a connection between their job and “what they think is important in life” and 60% said it gave them a connection to the social good of their community.

CIPD chief executive Peter Cheese said that “having confidence in our own professional judgment is crucial to making better decisions in the workplace”.

He added: “Even though it might challenge some of the norms or expectations, having the self-assurance with knowledge, insights and evidence to make good and fair judgments is key to helping our profession build trust and credibility, and help us stay at the fore of business development and change.”

Louisa Baczor, research adviser at the CIPD, said: “The future of the profession is exciting and will require capabilities in managing new organisational models, the supply of skills, the shaping of jobs and improving people management and organisational cultures. But the skills mismatches and ethical conflicts highlighted by the survey show that there’s no room for complacency.”