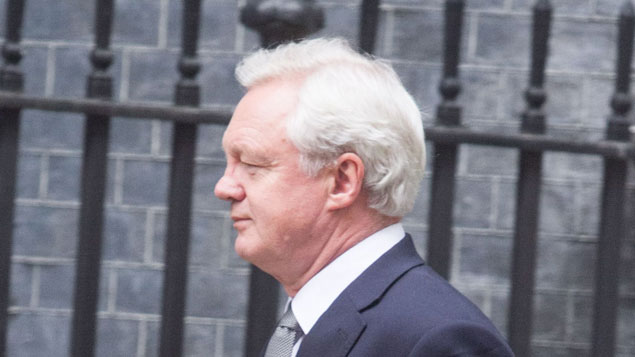 EU-derived legislation such as the Working Time Directive, TUPE and the General Data Protection Regulation (GDPR) will continue to apply once the UK formally leaves the union, it has been confirmed.

The bill will be debated in parliament in the autumn, and its first measure is to repeal the European Communities Act, which gave the UK membership of the bloc in 1973.

“It is one of the most significant pieces of legislation that has ever passed through Parliament and is a major milestone in the process of our withdrawal from the European Union.

By working together, in the national interest, we can ensure we have a fully functioning legal system on the day we leave the European Union.”

In terms of workers’ rights, the Department for Exiting the European Union (DExEU) has confirmed that regulations derived through the Working Time Directive and the Agency Workers’ Directive will continue to apply after the formal leaving date.

It has also indicated that “where rights have been extended by CJEU [European Court of Justice (ECJ)] judgments, those rights will continue to be protected in the UK once we have left the EU, with those judgments having the same precedent status as the Supreme Court’s own judgments”.

This means that ECJ judgments cast before Brexit will remain binding. It adds: “To maximise certainty and continuity, retained EU law will continue to be interpreted in accordance with the pre-exit case law of the Court of Justice”.

Rachel Farr, senior lawyer in the employment, pensions and mobility group at law firm Taylor Wessing, said: “The Bill makes it clear that EU-derived UK legislation, such as TUPE 2006, will continue to apply after the exit day, whilst EU Regulations such as the General Data Protection Regulation will also remain in effect in the UK.

“This confirms that companies and their HR teams should continue to think about how they will be handling employee data in compliance with the new rules.”

One area that has concerned opposition politicians, however, is the scope to use ‘Henry VIII powers’ within the bill, which allows the UK to change laws with limited parliamentary scrutiny if they find any deficiencies in EU law as it is worked into UK legislation.

Furthermore, UK courts are not bound by any decisions made by the ECJ after Brexit, so could potentially ignore key employment rights decisions granted in EU countries in the future.

In response to this, Frances O’Grady, general secretary of the TUC, described the bill as a “Downing Street power grab that puts workers’ rights at risk”.

She said: “The PM promised to protect all workers’ rights after Brexit. But there is nothing in this Bill to stop politicians shredding or watering down our rights in the future.

“Nobody voted for Brexit to make life harder for working people. That’s why any deal with the EU must ensure that workers’ rights in Britain don’t fall behind the rest of Europe.”

The Government said that it “has shown its commitment to extending workers’ rights when this is the right choice for the UK, and will continue to do so as we leave the EU”.