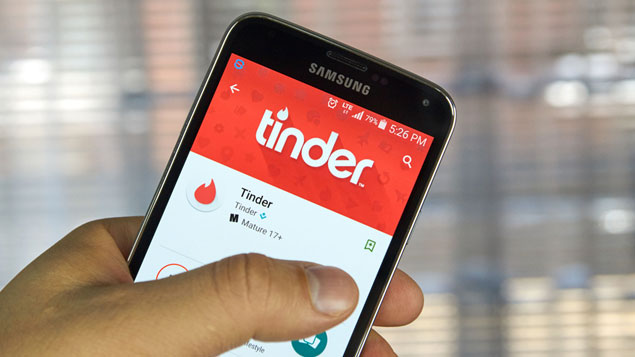 Recruitment systems are evolving so candidates can use artificial intelligence to match themselves to roles in a similar way they might seek out a partner online. This has benefits for employers too, explains Cath Everett.

The idea of being able to find the perfect job candidate who is not only ideal in terms of qualifications and experience but also in terms of cultural fit, ethos and personality sounds too good to be true.

Technology is disrupting work, but what do staff think?

Nonetheless, it is something that a number of artificial intelligence (AI) systems are claiming to offer recruiters.

Take Peek, for example. The app, which runs on iOS and Android-based mobile devices and is also available online, was developed by two former recruitment specialists and a tech expert.

They felt there was a gap in the market for quick, easy-to-use, millennial-friendly technology that cut out the recruitment middleman.

Aws Ismail, one of the co-founders, explains: “The recruitment model is currently broken. Most recruiters are after one thing – that is, commission – and they don’t care if the people they place last six months or two years. There are also thousands of them all offering the same thing.”

He argues that this is not helped by there being so many online job boards on the market, which are “big time-wasters on both sides of the recruitment process”.

On the one hand, employers receive lots of irrelevant CVs that they need to spend time filtering.

On the other, jobseekers have to search for positions manually and continually rewrite applications for roles because recruiters’ different applicant tracking systems require them to resubmit their details each time.

In order to counter these shortfalls, the aim of Peek’s machine learning system is to identify the best candidates for any given job and enable employers to connect with them directly.

Rather than ask candidates to submit their CVs, the system is populated by profiles created by the candidates themselves on a one-off basis.

But both candidates and employers are also asked to assign a numerical value to three key areas based on the importance they attach to them.

These areas comprise the business having a sense of purpose, its impact on society and development, and promotion prospects.

Another swipe screen exercise is focused on both what the company offers and what candidates desire: for example, volunteering opportunities, flexible or part-time working, or a buzzy environment versus a more professional one.

Each answer is assigned a score by the AI system’s algorithm and that score is used to match the best job candidates with the most suitable employers.

But like dating app Tinder, the system also learns what kind of roles applicants are interested in or not over time (jobseekers swipe right if they are keen and left if not) and starts filtering options based on past activity.

Employers, likewise, use the app to access a list of matched profiles, in turn swiping to the right if they are interested and wish to contact the prospect to arrange an interview, or to the left if not.

The app was only launched at the end of the May, so a “freemium” version is currently available to employers in order to help build momentum. Later, a gold service consisting of the top five profiles will also be provided.

Other charging options under consideration include providing employers with the opportunity to advertise themselves within searches. There are no plans to charge candidates.

Peek’s three key target markets to date are technology, finance and retail, although Ismail believes that healthcare has potential too.

One of its biggest customers is the Body Shop, which has integrated the system with its own applicant tracking system so it can share its details with its existing database and avoid duplication.

Moreover, while Ismail indicates that the firm’s marketing will primarily be targeted at millennials “as they are the ones most likely to buy into the idea and start a trend”, he hopes it will be adopted by people of all age groups.

“The UK is a £30 billion recruitment market. We already have more than 3,300 candidates, but the focus at the moment is getting employers on board as then the candidates will come,” he says.

Another organisation that has gone down a similar route, meanwhile, is Headstart.

Focused on entry-level recruitment in the graduate market, the company’s machine learning platform is also based around profiles, which are compiled by asking candidates to answer questions and undertake a psychometric test online.

This information details not just their qualifications and work experience but also personality, interests, skill and demographics.

When employers sign up to the Headstart scheme, typically via an annual subscription, they are asked to identify high achievers in the target recruitment area.

These high achievers are likewise asked to create a profile, which is then used as a baseline for what “good” looks like so that candidates can be compared against it.

Available online and on iOS and Android mobile phones, the system was originally the brainchild of graduate Nicholas Shekerdemian.

According to company co-founder and chief technical officer Jeremy Hindle, the idea came about when Shekerdemian “realised that he and his friends were all applying for the same jobs, filling in the same online forms over and over again and didn’t even know why they wanted to do the job”.

The two met up via Facebook start-up group in London and started working together about two years ago, launching their first iteration of the system in September 2016.

The UK company, which employs around 20 staff, already has about 100 customers including Vodafone, L’Oreal and BP. Around 30,000 students have also signed up to use its platform.

“Our aim is to place people in the right places based on their merit so it’s all about removing unconscious bias. We all know that having a diverse team is very valuable to business so it’s about making recruitment fairer.

“If we can put the right candidate rather than a random one in front of recruiters, we can help reshape the company culture,” Hindle concludes.

One Response to Swipe right for the best candidate? Recruitment enters the Tinder age