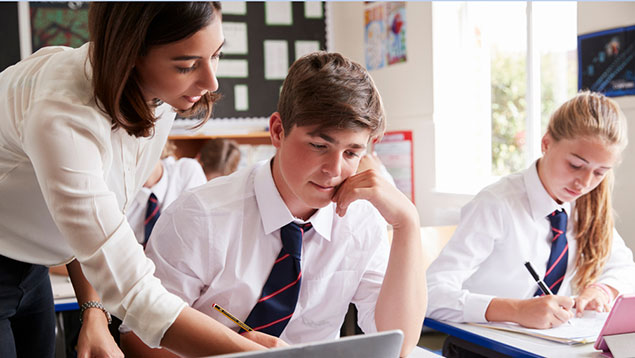 School leaders in the state sector face having to fill increasing numbers of vacancies, with lack of job satisfaction a key driver for teachers leaving the profession.

A new report by the National Foundation for Educational Research has painted a picture of a rapidly developing staffing crisis in UK schools as pupil numbers grow, the number of trainee teachers falls and a higher-than-ever proportion of teachers take jobs in other sectors.

Secretary of state for education Damian Hinds will shortly set out a recruitment and retention strategy for state schools.

Carole Willis, chief executive at NFER said: “The retention and recruitment of teachers is one of the most important policy issues facing England’s education system today.”

Last year 451,900 full-time equivalent teachers were working in English state schools compared with 457,000 in 2016. It is thought that around a third of teachers now leave the profession within five years of qualifying.

The report stated that between 2010-11 and 2014-15, the rate of working age teachers leaving the profession each year increased from 8.9% to 10.3% in primary schools and 10.8% to 11.8% in secondary schools. The rate of full-time staff leaving the profession was significantly higher than nurses (9.9%) and police officers (7.7%) over the same period.

However, there may be some connection between the younger age profile of teachers (15% aged 30-34 and 14% aged 25-29) and their higher propensity to quit. Around 20% of nurses – the highest single proportion – are aged 50-54 and 23% of police officers are aged 45-49. Younger and older teachers are the most likely to leave, the research found.

The proportion of teachers in their fifties decreased markedly between 2010 and 2016. If this trend continued, warned the report, it would “increase the scale of the challenge as new, inexperienced teachers will need to be recruited to replace them”.

More than half of teachers leaving the state sector remained in education roles, however, either in the private sector or in non-teaching jobs (61%). One third of teachers leaving an English state school moved to a job at a private school. Those who left the profession reported higher levels of job satisfaction in their new roles.

According to Teacher Workforce Dynamics in England, one of the keys to improve retention would be to increase the numbers of part-time and flexible working opportunities. Teachers currently work about 50 hours a week, even after holidays are factored in, which is longer than other public sector employees including police and nurses.

Over the next six years the number of children in secondary schools is projected to increase by 419,000 as a bulge in the number of primary school pupils progresses through the age range. Yet the government’s target for recruiting trainee teachers in secondary subjects has been missed for the past five years.

The retention and recruitment of teachers is one of the most important policy issues facing England’s education system today – Carole Willis, chief executive, NFER

The number of new entrants into teaching has increased since 2010 but not at a level the government estimates is the minimum required to maintain future teacher supply.

Interestingly, the report notes that teachers have a high level of satisfaction with their income with those leaving the profession completely often seeing their earnings fall. This is despite an hourly pay rate lower than that of police but in line with nurses. It concludes that “most working-age teachers’ decisions to leave the profession are not primarily motivated by the prospect of higher pay in the short- or medium-term.

“However, policy responses that aim to increase teacher retention need to consider pay alongside other factors affecting the trade-offs teachers make, such as workload, hours and satisfaction.”

Josh Hillman, director of education, Nuffield Foundation, said in response to the report: “Teacher recruitment and retention are issues of critical importance to the school system, with evidence of a direct impact on the quality of education children receive, particularly in shortage subjects and in certain areas of the country.”

Geoff Barton, general secretary of the Association of School and College Leaders, told TES that teaching should be added to the shortage occupation list so that it would be easier to recruit from non-EU countries. He added that it would be a disaster if Brexit impeded the recruitment of staff from EU nations.

Barton also called for a reduced workload, better pay and a “clearer sense of long-term career development, part-time and flexible working patterns that technology should make easier to put in place. Work-life balance has to be a central goal of school leaders, for their staff and for themselves.”

Hinds, in response to the report, acknowledges there was more to be done to address teachers’ work-life balance and called on the sector to come together to resolve its problems: “Education is all about that person standing at the front of the class. The 450,000 inspiring teachers in our classrooms deserve – and they have – our admiration, our respect and our thanks. That’s why I’ve made it a priority to cut unnecessary workload and make sure teaching remains an attractive and fulfilling profession.

“Those priorities are reflected in this report and I welcome the findings which show why it was right for me, teaching unions and Ofsted to make a pledge to address these issues together. Since then almost three-quarters of surveyed school leaders say they have taken action to tackle workload, I would urge others to follow suit.”