Robots vs humans? AI and the future of the workplace 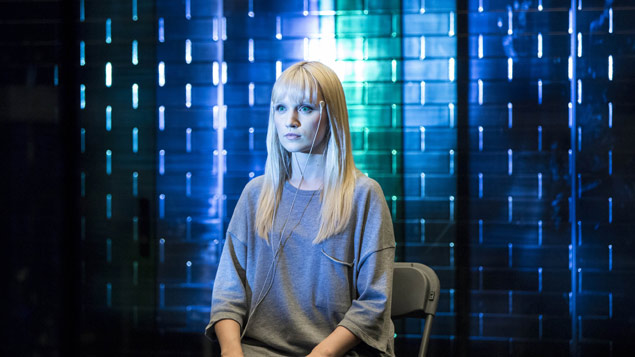 As more work becomes automated, jobs will be lost but also created. How can HR respond to the changes in the workplace that artificial intelligence brings, and build the right skills and culture to make the most of them?

Robots. Siri. Image recognition software. Thinking machines. Over the last decade, the types and definitions of Artificial Intelligence (AI) have ranged across a wide spectrum. A future of smart homes and smart cars, driven by AI, is no longer a distant reality.

CIPD conference review: how can HR shape the future of work?

This future poses questions to businesses; principal among them is how businesses can adapt to AI. The practical impact on companies, and their workforces, is an increasingly pressing issue around the boardroom.

The International Federation of Robots (yes, a real thing, not a Star Wars coalition) reported last year that robot sales in 2014 increased by 29% – the biggest increase ever recorded within a year, and this trend is expected to continue.

With the market for consumer and business robots expected to rise to $1.5bn by 2019, AI is set to have a dramatic impact on employment and the way businesses operate, sooner rather than later.

AI and robotics is no longer confined to factories and manufacturing. Robotisation now has the potential to transform the way businesses operate in almost every sector – even law firms. Adapting to the fast pace of change requires intelligent and strategic thinking from businesses leaders.

Industry needs to embrace this new technology and prepare their workforce for the future, if they are to remain competitive in the market place.

If we take it as given that robotisation will play an increasing role in the workplace, assisting human employees with their tasks, then naturally, there is an increasing concern from employees, trade unions and policy makers that unemployment will rise as smart robots replace them.

DLA Piper’s Tech Index research suggested that more than half of people in Western Europe fear being replaced by technology.

Certainly, AI has the potential to reallocate the need for human workers in some areas of industry.

Robotic Process Automation (RPA), which includes voice recognition software, automated online assistance, and automated warehouses, improves the efficiency, accuracy and speed of operations at a far greater rate than that is within human capacity.

However, AI is more clearly an opportunity to explore new ways of doing things and as such is not something to automatically fear.

AI will likely bring more, rather than fewer, opportunities for employment. Research from Forrester predicts that 16% of jobs in the US will be lost over the next 10 years as a direct result of AI and related technologies. Equally, it’s been predicted that 14 million jobs will be created during the same period in order to train, accommodate and compliment the burgeoning AI and machine learning industries.

The sums requested for the early adoption for AI create high barriers to entry. The initial investment around the introduction of AI, be it of the technology itself or even the costs of research and development, will be prohibitive for many smaller organisations at the outset.

It will also not deliver the returns on investment that larger corporates will be seeking. That said, half of those in DLA Piper’s Index said a lack of investment was ranked as one the primary barriers to the successful implementation of robotics.

This can be side-stepped in the early days. Smaller businesses may well use existing third-party vendor relationships – for example, Google, Amazon, and IBM – for their AI and machine learning needs.

Last year, for example, Amazon launched a cloud-based service that allows companies to build predictive models using their existing data for a fraction of the cost of building their own infrastructure and systems.

This provides a substantial opportunity for start-ups, small businesses, and even individual entrepreneurs to take advantage of huge data sets in building statistical analysis and predictive modelling and scale up as their organisation grows.

Experts have said that first-time AI and machine-learning initiatives at small companies should not begin as ambitious, sprawling efforts.

AI is more clearly an opportunity to explore new ways of doing things and as such is not something to automatically fear.”

Instead, businesses should look to introducing smaller AI components and build up from there. It means that they can slowly get used to the new technologies and adapt easily as newer AI is introduced. The bottom line is that this is a question of evolution, not revolution, and that none of this investment is intended to replace humans.

The bigger challenge will be the cultural change that needs to occur within a business if AI is to be embedded as part of the mainstream workplace environment.

More than half of the tech experts and companies surveyed in DLA Piper’s recent study cite a lack of skills in the workplace as an obstacle to implementing AI and robotics, with a further 47% citing concerns over job losses.

Businesses need to take advantage of the AI opportunity, not fear its advantage. Part of this embracing of AI will be preparing workforces to capitalise on new technologies; in the first instance, this will likely be by introducing AI in phases, to certain departments where automation is more relevant and appropriate, so workers become more familiar and at ease with AI.

Strong leadership is required to position AI as an opportunity, not a threat and senior leaders will be key in making their workforce comfortable.

One thing is for certain, life-long learning will be key. Businesses will require their employees to reskill and keep pace with the changing demands that technology brings. This could be done online or through workshops.

More widely, employees will need to focus on learning skills that cannot be done easily by computers, such as creativity, large frame pattern recognition, and complex communication. Businesses and the workforce need to evolve with AI, embrace change and constantly look for new opportunities where they can add value.

In this way, AI will be a benefit to all, and the dystopian images of a future ruled by robots can be consigned to the realms of a science fiction novel.