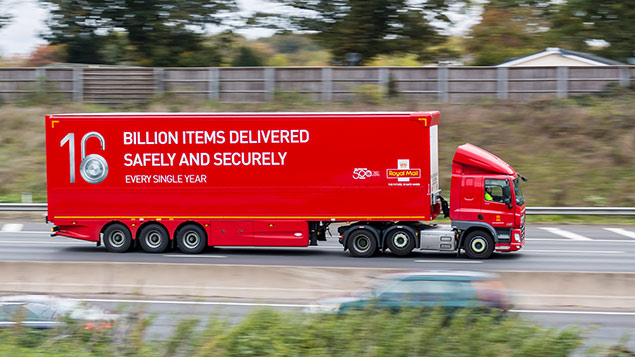 Royal Mail has won a High Court injunction to prevent postal workers from striking in the run-up to Christmas.

The company succeeded in convincing the court of “irregularities” in the voting process, having alleged violations, including some instances of staff intimidation, at 70 of its depots.

Royal Mail alleged there were “potential irregularities” in the Communication Workers Union (CWU) ballot to strike, which would mean the recent vote was unlawful.

In a tweet today, the CWU said: “The High Court has ruled against us. Genuinely this is an utter outrage. 110,000 workers vs the establishment. We will be live shortly. Stand strong. We will not be moved.”

The High Court has ruled that CWU’s postal ballot of Royal Mail employees for industrial action was unlawful. The interim injunction means no industrial action can go ahead before the completion of a lawful ballot resulting in a vote in its favour.

Last week the CWU denied Royal Mail’s allegations “in the strongest terms”. General secretary Dave Ward said: “It will be clear to all of our members and everybody connected with Royal Mail and this dispute that the CEO and his board will go to any lengths to deny the democratic mandate of our members to stand together and fight for their future and the very future of UK postal services.

“Instead the company are pressing on regardless with their asset stripping plans to set up a separate parcels business and let thousands upon thousands of jobs wither on the vine.”

The High Court has ruled against us. Genuinely this is an utter outrage. 110,000 workers vs the establishment.

We will be live shortly.

Stand strong. We will not be moved #WeRiseAgain 🦁

CWU voted in favour of strike action last month by 97%, claiming that Royal Mail did not honour its pledges to reform pensions and working hours.

Business secretary Andrea Leadsom claimed that the timing of the strike was “clearly politically calculated” and a “preview of things to come if Jeremy Corbyn is ever allowed near the keys to Number 10”.

Royal Mail said it was applying to the High Court because the “integrity and legal soundness of any electoral process is vital”. It said this was particularly the case in relation to potential strikes around the general election on 12 December 2019 and because of the damage industrial action would do to the company and its customers in the run-up to Christmas.

Shane O’Riordain, Royal Mail’s managing director of regulation and corporate affairs, said: “We did not take the decision to go to the High Court lightly. We sought to reach resolution outside the courts. We asked CWU to confirm it would refrain from taking industrial action, based on clear evidence of planned and orchestrated breaches by CWU officials of their legal obligations. CWU declined to do so, and we then had no option but to resort to legal action.

“It is vital that our colleagues are able to vote without any constraint imposed on them by any other party. The trade union legislation is designed to safeguard democratic integrity by ensuring union members can vote in the privacy of their own homes, rather than in any public process. We are writing to the CWU to ask it to undertake a full internal review of its processes.

Royal Mail’s application to the High Court did not apply to employees at Parcelforce Worldwide. Its employees are subject to a separate ballot.