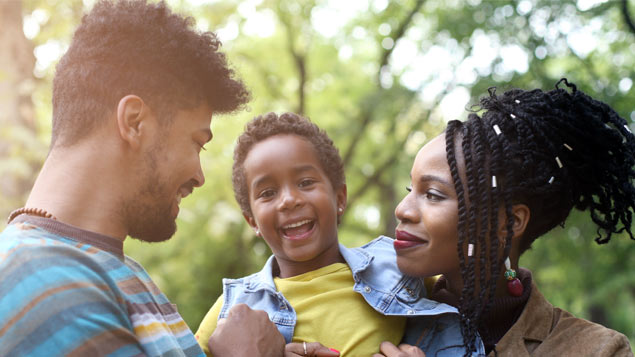 Shared parental leave has only been taken up by a tiny proportion of eligible parents. Image: Shutterstock

#MeTooPay and the Fawcett Society have put the spotlight back on to the gender pay gap and equal pay but are government policies and campaigners addressing the root causes of such inequalities? Rebecca Berry suggests there are deeper factors at play than simply a bias towards paying men more.

Attitudes to how women are treated in the workplace have shifted greatly in the past few years, with sexual harassment being brought to the fore by the #MeToo movement.

Outdated, discriminatory practices can no longer be swept under the carpet to the same extent, and the attention given to equality has empowered more women to raise complaints over historic conduct. However, it would be naive to think the problem has been solved.

Stacy Macken, a former City banker, sued BNP Paribas on the basis of unequal pay, victimisation and harassment and in September won her case. While this was a signal that those who have been subject to such behaviour are able to seek recourse at an employment tribunal, litigation remains a reactive measure that at best compensates victims of discrimination, rather than prevents it.

Some might argue that the threat of litigation is a deterrent, but more needs to be done to ensure men and women are equally protected in the workplace.

The fact that only women can give birth – and will take extended periods off work to do so – has undoubtedly led some employers to treat women of child-bearing age less favourably than men. The advent of shared parental leave was intended to address this, but research by the TUC indicates that only a tiny proportion of new parents are taking up the right.

One reason for this could be economics. Mothers on maternity leave are afforded legal protection to enable them to recover from childbirth and many employers pay enhanced maternity pay, but not enhanced pay for time off on shared paternity leave. The special nature of maternity leave was emphasised by the Court of Appeal in the cases of Ali v Capita Customer Management Ltd and Chief Constable of Leicestershire Police v Hextall. In those conjoined cases, the court held that it was not discriminatory for those on shared parental leave to be paid a lower enhanced payment than those on maternity leave.

But, to what extent does this have a negative effect on equality? If employers are able to pay (predominantly) men on shared parental leave less than women on maternity leave, families are more likely to opt for women to take extended leave for economic reasons, exacerbating the risk of gender discrimination.

This isn’t helped by the fact that men still earn the most in many households and, for this reason, can least afford to take a significant pay cut. Until it is as common practice for men to take extended periods of parental leave as women, true gender equality in the workplace will be difficult, if not impossible, to achieve.

More needs to be done to encourage men to take leave for child care or to adapt their working patterns to do so. If a woman who works part time to care for children is subjected to a detriment as a result, she is able to claim not only under the Part-Time Workers (Prevention of Less Favourable Treatment) Regulations 2000, but also under the Equality Act 2010, for indirect sex discrimination, providing a further remedy in the form of compensation for injury to feelings.

As Mr Justice Elias held in Chief Constable of West Midlands Police v Blackburn and Another in 2008, tribunals can rely on the “common knowledge” that women have greater childcare responsibilities than men. This means that women have greater protection in the workplace arising from childcare responsibilities than an equivalent man. That is not to say that a woman should not be so protected, but rather that legislation should be introduced (for example by making the status of primary carer a protected characteristic in itself) which takes the emphasis of that protection away from the individual’s gender.

Gender pay gap reporting has also done little to address gender discrimination. Although it has publicised the difference in pay between men and women at organisations with 250 staff or more, in the second year of reporting the gap for some employers was found to have widened rather than diminished. Indeed, gender pay gap data published by the Office for National Statistics last month showed the average pay gap for full-time staff had grown to 8.9%.

The Equality and Human Rights Commission cited a number of potential reasons for this, for example that some employers may have taken on more entry level female staff in order to redress gender imbalances. While this may be true, the statistics demonstrate there is still a way to go to address differences in pay due to gender.

Gender pay gap reporting is a step forward, as a large difference in male and female pay levels leads to reputational issues which can affect recruitment, difficulties arising from a requirement to disclose gender pay gap data in tenders for work and even ethical decisions from customers; all of which may force businesses to improve pay equality. However, these are reactive responses and real change will not happen until there is a cultural shift where managers view workers of all genders as equally valuable.

If employers are able to pay (predominantly) men on shared parental leave less than women on maternity leave, families are more likely to opt for women to take extended leave for economic reasons, exacerbating the risk of gender discrimination”

Further change is hopefully afoot to address gender discrimination. In March 2018, the Equality and Human Rights Commission issued a paper on ending sexual harassment at work which made several recommendations, including the introduction of a statutory code of practice on sexual harassment at work; increasing the limitation period for bringing claims of harassment to six months; and best practice recommendations regarding the use of so-called “gagging clauses”.

A government consultation around a number of the recommended measures, which may go some way to help victims of harassment take further action, has recently closed. Indeed, one of the proposals is a mandatory duty to protect workers from sexual harassment, which could mark the beginning of a more proactive approach from employers to prevent discrimination.

Although these proposals have generally been welcomed it remains to be seen if and how they will be implemented, enforced, and whether they will help to improve gender equality long term. It seems there is still a way to go until men and women are on level footing in the workplace.