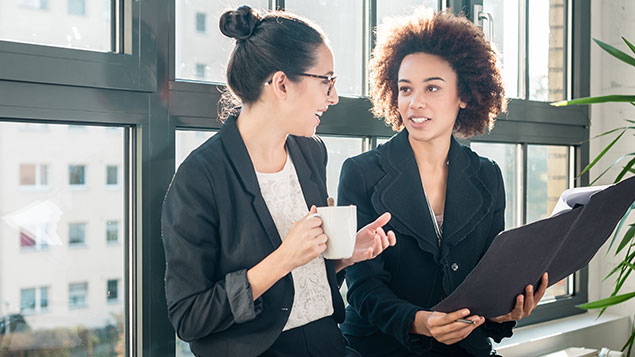 Eighty-three percent of recent non-Russell Group graduates would not have been able to secure a graduate role without an internship, according to a survey by recruitment site Milkround.

Of those who went to Russell Group institutions – a grouping of “elite” universities recognised for their research – only 14% of graduates would have required an internship for their first role.

Two-thirds of those under 26 said they would not have been able to secure a graduate job without previous work experience, compared with just a third of those aged between 55 and 73.

Across all generations, over half (55%) of non-Russell Group graduates would not have been able to secure their first graduate role without an internship, in comparison with just 46% of their Russell Group counterparts.

Research published in 2018 by the Department for Education identified that students attending Russell Group universities were more likely to earn a higher salary than those that don’t.

Milkround also found that today’s graduates tend to be recruited earlier, with 60% of Generation Z candidates (aged 18 to 22) most likely to have secured a job before they left university. This contrasts with 17% of millennials (aged 23 to 38) who secured a role in their final year, and 48% who found employment after leaving university.

Just over a quarter (27%) of Gen-Z candidates started looking for their first role before reaching their final year, double the proportion of millennials who began their job search this early.

The survey also found marked generational differences between what employees look for in a role. Only 15% of Gen-Z workers said an increase in salary was an important success measure for a first role. Non-Russell Group graduates were also more likely to value the chance to gain skills over salary than their Russell Group counterparts.

Just under a third (31%) of Gen Z workers said the best indicator of success in a first graduate role was learning new skills, compared with just 15% of Baby Boomers.

“It’s clear that internships are now crucial for young graduates when looking for their first job, even more so for graduates from non-Russell Group universities,” said Georgina Brazier, jobs expert at Milkround. “Businesses need to make sure that their internship schemes are not only accessible to everyone, but also challenge interns to develop the skills they’ll need when entering the workplace.”

Expectations of career progression also differ between generations, according to Milkround. Twenty-nine percent of Gen Z respondents said they would move to a new job to acquire new skills, while 84% said they would not be likely to stay in their first job for more than two years. Only 37% of Baby Boomers left their first role before the two-year mark.

Almost a fifth of today’s graduates also expect to ask for flexible working opportunities in their first graduate role, compared with just 7% of Baby Boomers.

Brazier added: “Today’s graduates are more curious than their older counterparts, with the vast majority really seeing the added value in their internship experience, but also wanting to continue learning new skills throughout their careers.

“With so many young workers having seen people around them get promoted as a means of retention, not based on merit, it’s important for employers to really focus in on what success and progression looks like to Gen Z to avoid workers becoming disengaged.”

If employers failed to do this, she said, it could mean younger graduates seek out learning and progression opportunities elsewhere.