By Dan Peyton on 31 Oct 2018 in Latest News, Race discrimination, Bullying and harassment 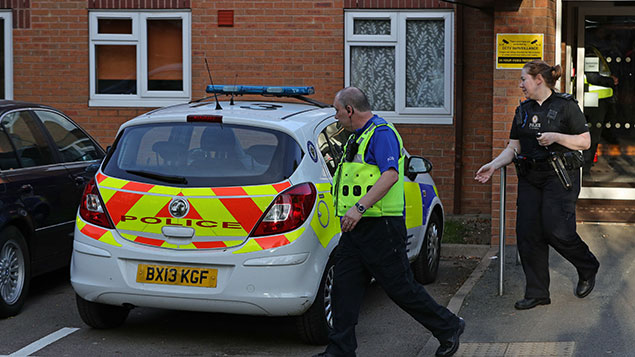 Officers attend the home of David Mesher, who launched a a racist tirade against a woman on a Ryanair flight
Aaron Chown/PA Wire/PA Images

A recent incident on a Ryanair flight where a man was filmed having a racist rant at another passenger attracted huge publicity and calls for the airline to have done more. But where does an employer stand legally if an employee fails to intervene? Dan Peyton looks at the legislation.

Social media has been alight with criticism of Ryanair for failing to remove a passenger filmed using racially abusive language to another. But beyond the general public’s reaction, there lies a serious question for all businesses about what their obligations are when their customers harass their staff or other customers.

Until 2013, the Equality Act contained a provision making employers liable if they failed to take sufficient steps to prevent employees being harassed by third parties, such as customers, regardless of whether the failure to act was itself based on discriminatory grounds.

However, there was no equivalent statutory provision protecting customers of a business and since the repeal of the employment-related provision, the position under the Equality Act now seems to be the same for employees as it is customers.

This means that a company may be liable for failing to prevent or stop acts of harassment by a third party directed against its employees or customers if this failure can itself be said to amount to harassment under the Equality Act.

The failure must itself amount to “unwanted conduct” which is “related to a protected characteristic” and which “has the purpose or effect of a) violating [the victim’s] dignity, or b) creating an intimidating, hostile, degrading, humiliating or offensive environment for[the victim]”.

Let’s break that down:

It is likely that a failure to intervene will be capable for these purposes of amounting to unwanted conduct.

Related to a protected characteristic:

Purpose or effect of violating the victim’s dignity, or creating an intimidating, hostile, degrading, humiliating or offensive environment:

In a situation where one customer is suffering sexual or racial harassment, or harassment relating to any other protected characteristic, it may be easy to argue that a failure even to try to prevent or stop this harassment could be seen as evidence if an intention, cause or contribute to or at least a willful blindness to the effects of the harassment on the victim.

Therefore it may be relatively easy to see how the definition of harassment could be satisfied in cases of a simple failure to intervene to prevent or stop harassment by a third party. This becomes more difficult when the allegation is not that no steps were taken, but rather that the steps taken were insufficient. What is sufficient is a matter of degree.

After all, surely the legal responsibility of a business in this situation is to prevent or stop the harassment, not to administer an appropriate form of sanction against the wrongdoing customer (unless perhaps the customer is a regular, so as to avoid any repeat wrongdoing). That is for the victim or the relevant authorities to do.

Did Ryanair do enough?

While public debate in cases such as the Ryanair incident has been around whether “the company” did enough to prevent or stop harassment, under the Equality Act employers are liable for actions carried out by their employees in the course of their employment.

At the time these events occur, those having to make decisions, often quickly and in situations of stress, heightened emotions, with possibly only partial knowledge of what has occurred and possibly in the face of intimidating and aggressive behavior, are the individual employees facing a plethora of competing factors.

These instant decisions may have far reaching consequences for the employees and for their employers. Is it sufficient to separate the victim from the harasser rather than remove the harasser, if the latter course might cause delay, inconvenience and cost to the business and to other customers?

When faced with these situations, individuals are also under the further pressure that they may themselves also become the subject of a claim.

Under the Equality Act employees may also be held personally liable for acting in contravention of this legislation during the course of their employment.

The Equality Act provides that the circumstances of the case will be taken into account in determining whether the unwanted conduct amounts to harassment.

This is a provision that is likely to assist businesses and their employees when faced with difficult decisions, made under stressful conditions, and where alleged failures to act are issues of degree rather than complete inaction.

In principle, it is clear that businesses can be liable under the Equality Act for a failure to take steps to prevent or stop harassment by a third party.

There will likely be a duty in most cases to take some appropriate action to prevent or stop such harassment. However, cases like the Ryanair incident remind us of the limits of the law as a tool to reflect public opinion about the rights and wrongs of a situation.

A duty to intervene to prevent or stop harassment of one customer by another may require intervention, but it does not at the same time require businesses to take it upon themselves to impose sanctions or punishments on the perpetrators and they should not be held legally accountable for failing to do this.