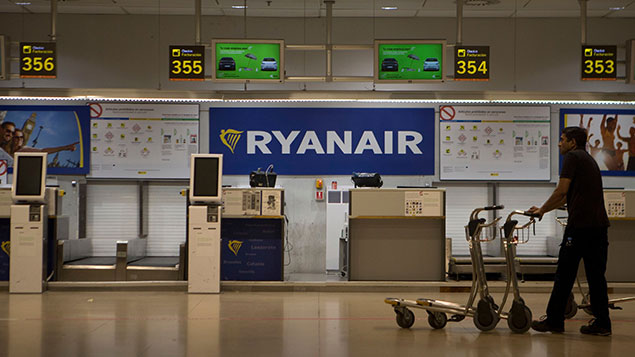 Ryanair could face legal action from unions as strikes lead to the cancellation of one in six flights across Europe.

Staff in Germany, Sweden, Ireland, Belgium and the Netherlands have staged a 24-hour walk-out over pay and conditions, leading to around 400 flights being cancelled during its peak summer season.

Last December, the airline agreed to recognise unions for the first time in its history, but has failed to avoid action from pilots and cabin crew who are seeking better terms and conditions.

This is not the first walk-out this summer – around 300 flights were cancelled in July when cabin crews in Belgium, Portugal and Spain went on strike for 48 hours.

According to the Independent Transport Workers’ Federation, an umbrella body for trade unions in the sector, Ryanair could now also face legal action for breaching labour laws in certain countries.

ITF general secretary Stephen Cotton said: “Unions in countries directly affected by all the latest actions against Ryanair workers are pursuing a mixture of legal claims and investigations with the appropriate government agencies.”

“They are having to claim once again that Ryanair are infringing their members’ fundamental rights in breach of labour laws in their country.”

The European Transport Workers’ Federation, meanwhile, has used an open letter to the European Commission to urge it to act against companies such as Ryanair taking advantage of varying tax and employment laws in different countries.

The letter said the EC had a duty to prevent “social dumping”, claiming the commission could do more to safeguard against employers using temporary work contracts to save money, and provide greater protection to determine pilots’ “habitual place of work”, which determines the labour laws that apply to them.

“It is precisely because of this legal vacuum that strikes such as this summer at Ryanair are occurring,” it claimed. “Companies such as Ryanair use temporary agencies to recruit a maximum of their workers. We also think that the current EU directive on the use of temporary agency work must be adapted or guidance should be given in order to clarify what constitutes a reasonable definition of a temporary assignment for aircrew in civil aviation.”

It added that “Ryanair has a long way to go before it can be considered a fair employer. Calls for industrial action will continue until the company makes good collective bargaining agreements with unions.”

“To do so, Ryanair needs a management team that understands the importance of the social dimension of the company and the legitimate requests of its workers.”

Ryanair has described the industrial action as “regrettable and unjustified” and claimed that its pilots are paid more than those who work for other budget airlines.