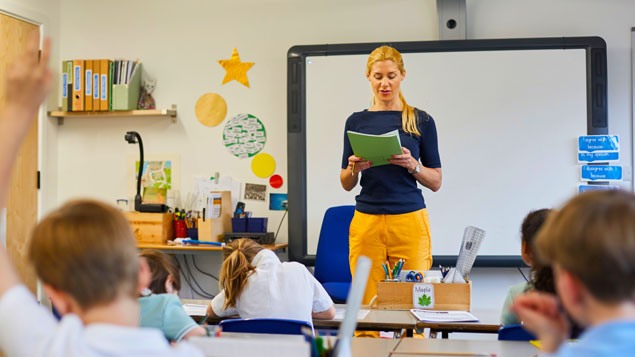 Twenty three of the 50 organisations with the largest gender pay gaps so far are school academies or multi-academy trusts, five of which are in the top 10 worst offenders for paying men more than women.

Peninsula Learning Trust, based in Cornwall, had the largest gender pay gap of the 91 organisations providing primary and secondary education to have reported figures to date, with a median hourly gender pay gap of 59.8%.

It also had the fifth largest gender pay gap of the more than 1,600 employers to have published their pay gaps ahead of the deadline at the end of the month.

Analysis by Personnel Today found that across the 91 primary and/or secondary education trusts where men were paid more than women, the median hourly gender pay gap was typically 29.7% – well above the 18.4% national average calculated by the Office for National Statistics.

Just two employers in the sector had no median pay gap, while five had a negative gender pay gap, where women were typically paid 2.5% more than men.

In its gender pay gap report, Peninsula Learning Trust said it “recruits to oppose gender-specific roles” and has staff in roles that “nationally are considered gender-biased”.

Jill Gerrish, the trust’s interim chief operating officer, said in the trust’s gender pay report: “The majority of roles in the trust are part time, either aligning closely with the hours of attendance of pupils or for part of that time. This not only includes the number hours per week but also the number of weeks worked each year.

“Whilst this will impact on the average salaries, it is a factor that influences the decision of applicants and the continuation of employment from staff.”

The organisation with the sixth-largest gender pay gap so far and the second greatest among schools, Reading-based trust Maiden Earlegh, paid male staff on average 59.5% more than women.

It said women took up more than 90% of roles in its lower and lower middle quartiles and around two-thirds of positions in the upper middle and upper categories.

Jonathon Peck, director of finance and operations at Maiden Earlegh, said its gender pay gap was “not unexpected due to the imbalance in the male to female gender population across our organisation”.

Sameena Choudry, founder of consultancy Equitable Education and co-founder of leadership network WomenEd, told Personnel Today that schools could work towards closing their gender pay gap by encouraging more women to take up leadership positions, especially after taking a break to have children.

She suggested that regular appraisals and flexible working arrangements could help women in education to move into higher-paid roles.

Choudry said: “Schools need to do some outreach and make sure they look at recruitment of women in more senior roles.

“They need to create policies to help women come back to work, and should also find out from potential female leaders what the issues are and what they need to move up into a leadership role.

“Any organisation wants to retain the best talent, so they need to ensure they are paying the salaries to match that.”

She said most of the academies’ gender pay gaps were due to the education sector being overwhelmingly female, with many women in junior roles such as lunchtime supervisors. Leadership roles, especially in secondary schools, were more male-dominated.

Any organisation wants to retain the best talent, so they need to ensure they are paying the salaries to match that,” – Sameena Choudry, founder, Equitable Education

Other academy trusts among the organisations with the 10 largest gender pay gaps included:

Healing Multi Trust Academy said 84% of its staff were female, 67% of whom worked part time. Only a quarter of its male employees had part-time roles.

Mark Knapton, CEO and accounting officer at Healing Multi Trust Academy, said there were 18 teaching staff paid on its “leadership” scale – as assistant head teachers, deputy head teachers and head teachers – and 15 of these are female.

A spokesperson for the Department for Education said academy trusts are free to set their own salaries, but it expected these to be reflective of the complexity of the employees’ tasks.

“We are pleased that many academies have been so prompt in publishing their gender pay gap and the transparency of these figures will mean that academies, as with all other employers, can start to analyse the data and take action to close the gap.

“Reporting will help shine a light on where women are being held back and where employers can take action to support their whole workforce.”

Public sector employers with 250 staff or more have until 30 March 2018 to report their gender pay gap for 2016-17, while the private and voluntary sectors’ deadline is 4 April.