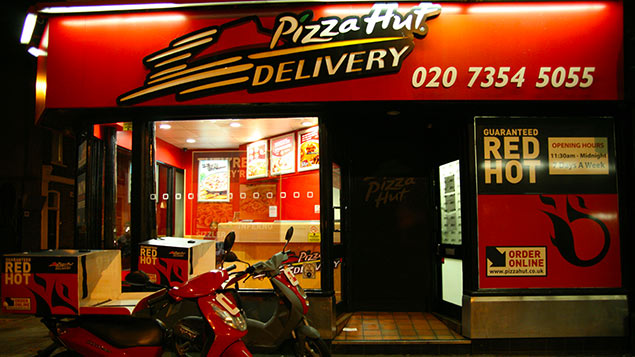 A 17-year-old schoolgirl receptionist at a Pizza Hut Delivery branch in east London has been awarded £15,800 after winning a claim of sexual harassment at employment tribunal.

The girl began working at the Hornchurch branch of Pizza Hut Delivery, a franchise run by Kash PH, in June 2016 having been introduced to the business by her older sister.

From February 2017 she began working with a new manager, Sultan Tanha. On one occasion when Tanha had leftover cheese and toppings on his hands, he shook the food on to her face and clothes.

At other times, he would try to hold her hand but when she tried to move away he would still attempt to make physical contact, coming up behind her and whispering in her ear. When challenged and asked why he was standing so close, he would say that she was “crowding him”.

His response to her reaction was to shout at her and to find fault with her work. In May 2017 Tanha found an excuse to hug the claimant, taking hold around her waist in the region of her hips, looking her up and down and walking off. Subsequently, she said she was singled out, told not to talk others and had shifts cancelled at short notice.

Employment judge Catrin Lewis accepted the claimant’s account and that Tanha’s actions were unwanted conduct of a sexual nature. She said this created an environment that was “intimidating, hostile and humiliating” for the claimant, particularly given her age, that she  was still at school and in her first job.

In her judgment Lewis said: “We are satisfied that she would not have been treated in the way that she was… if she was a man and that treatment was related to her sex and her rejection of Sultan’s unwanted conduct.”

She added: “We found the claimant to be credible and where there is conflict with the respondent’s evidence we prefer that of the claimant.

“The respondent’s witnesses were inconsistent in their own evidence between what they said in chief and in their cross-examination and on the balance of probability we prefer the account given by the claimant.”

The judge awarded £13,000 for injury to feelings. She did not find sufficient evidence of any clear policy or procedure for dealing with sexual harassment and conduct in the workplace and applied an extra 15% because of failings in the business’s handling of the claimant’s grievance. Further compensation was added for loss of earnings and interest.

“We found that the investigation was entirely defective. It did not in fact address the points raised by the claimant nor did it provide any response to her complaints,” said the judgment.

In a statement Pizza Hut said: “The safety and wellbeing of our people is our top priority and we do not condone this behaviour.

“Mr Tanha no longer works for the business and we are working closely with our franchisee to ensure the correct procedures are followed.”