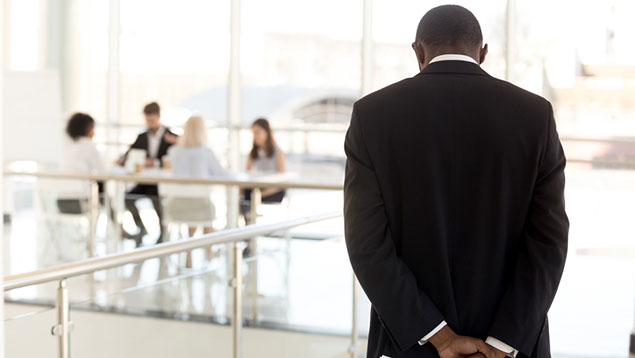 Employee confidence in the UK business environment has slumped, according to global research company Gartner.

The latest data in Gartner’s Global Talent Monitor report for the fourth quarter of 2018 shows employee confidence in near-term business conditions and long-term economic prospects reaching an index score of 55.6, a decline of 7.5% from the third quarter.

Brexit and the workplace

Podcast: Brexit – preparing your workforce for all scenarios

However, Gartner concluded, the figures were not simply the result of uncertainty over prospects for the UK; they followed a worldwide trend that had seen global business confidence sink to its lowest point since the fourth quarter of 2017.

This decline in confidence was paired with a sharp fall in employees’ active job-seeking, which fell by 7.2% from the third quarter of 2018. Amid the spread of more negative perceptions of the job market, coupled with the highly uncertain Brexit outlook, employees’ desire to stay in their current job in the fourth quarter increased for the first time in 2018.

Gartner’s research points to the probability that in the current environment more “high-potential” employees (which it stated made up around 10% of the workforce) would be looking to leave their posts as they were increasingly overworked and undercompensated.

However, the rest of the workforce, saw economic and political uncertainty as an incentive to stay put and resist any desire to move between jobs.

Brian Kropp, group vice president of Gartner HR, told Personnel Today: “They look out into the world and say, ‘If I leave, then I might be at risk at a new job’ – or in particularly dire circumstances may fail to secure a new job at all. This is a result of businesses hiring and firing on a last-one-in, first-one-out basis during tough times.”

Kropp said that Gartner’s most recent Global Talent Monitor data showed that talent attraction was “set to be a challenge in the months ahead, regardless of how Brexit played out”.

He added: “With fewer opportunities to pull talent into their organisation, employers need to ensure they don’t alienate the brightest and best talent within their company.”

While fewer UK workers were actively seeking new roles, the major factors behind job dissatisfaction remained consistent. Career opportunity – or rather, a lack of – was cited by 45.6% of departing employees in the UK as the most dissatisfying attribute of their previous employer. This was followed by personal development opportunity (37.4%) and recognition (36.9%) – reflecting how, unsurprisingly, employees wanted to see their ambitions matched and acknowledged in the workplace.

The top priorities for UK employees when considering a new role remained similar from the third quarter of 2018, with 45.9% seeking work-life balance in their new job – 7.8% higher than the global average. Location and job stability ranked second and third, picked by 39.9% and 31.5% of employees. Overall, UK employees placed significantly less weight on compensation, with only 27% naming this as a top attribute, compared with the global average of 45%.

EVP has a big role to play

It argued that organisations could make progress by ensuring they prioritised the delivery of employee value propositions (EVP) that focused on the attributes driving employee attraction and attrition – such as work-life balance, stability, and compensation.

“Organisations must deliver what employees want most and, just as important, they must communicate this to current employees and prospects alike,” said Kropp. ”Doing so can drastically increase employees’ satisfaction and trust in their employer, and thus improve their overall engagement with the business.”