By Olivia Bridge on 15 Mar 2019 in Brexit, Right to work, Latest News, Immigration 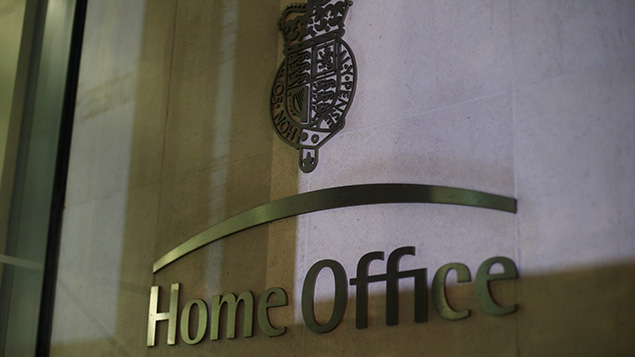 How the UK manages Brexit may hang in the balance this week, but one certainty is that costs will rise for employers in obtaining visas and sponsor licences for international employees. Olivia Bridge explains.

Immigration rules and laws have evolved rapidly since 2010. Over 5,700 changes have been made, doubling the original rulebook in length and presenting a multitude of problems for both migrant workers and lawyers who have to navigate through the system.

The cost to migrate to the UK has danced to the same tune: increased prices have placed great financial strain on workers and their employers.

What does the immigration White Paper mean for employers?

Yet with the original Brexit date now fast approaching (current votes on the deal notwithstanding), these concerns are turning into anxiety. Fears are developing as it becomes evident that the EU talent the UK relies on to plug workforce shortages either won’t qualify for the necessary visa or will be dissuaded from the process entirely.

This is due in large part to the constant rise of immigration fees. Costs rose twice in 2018 and again in January this year when the Immigration Health Surcharge (IHS) – the fee migrants pay upfront in order to have unrestricted access to the NHS – doubled in price.

Although the IHS brought in over £660 million to the economy since it began in 2015, migrants are looking at coughing up £2,000 to accompany their five-year visa application, not including any family members who will also need to pay the fee.

However, this doesn’t even the cover the visa. Applications for Indefinite Leave to Remain (ILR) have risen 127% in the past five years, inflicting costs of £2,389 per person while workers filling a Tier 2 Visa application can expect to pay £1,220 each.

The government scrapped discounted visas for second and additional children in 2014, making the move to the UK for an average family of four upwards of £10,000 at a conservative estimate.

Currently, employers already have to pay out to recruit international staff. Yet once the skills-based immigration system comes into effect in 2021, recruiters and managers will have to ramp up their efforts – and their budgets.

They will need to apply for a Sponsor Licence in order to legally recruit overseas workers – a process which the CBI criticised for being “prohibitively complex, time consuming and an expensive process to navigate”.

Once obtained, employers will need to issue a Certificate of Sponsorship (CoS) per every non-UK employer which, of course, comes with a cost of £199 every time.

Employers will also need to pay a Skills Charge of £1,000 per every non-UK recruit, too.

Once the skills-based immigration system comes into effect in 2021, recruiters and managers will have to ramp up their efforts – and their budgets.”

For some companies and businesses, particularly new and smaller organisations, the prices mark recruiting international talent as unreachable. Those crippled by the charges will have little choice but to recruit from the limited pool of residential UK talent, placing them at further disadvantage against global competitors.

Most UK businesses will have to raise wages while simultaneously reign in their expenditure in order to recruit and appear attractive in the market. Yet such efforts could go to waste: EU talent may rather work in one of the remaining 27 EU member states that still offer frictionless – and free – mobility.

At least recruiters and migrants can breathe a sigh of relief that the government dropped the £65 fee to register through the EU Settlement Scheme, which EEA residents can apply for up until 2021.

Even in the event of a no-deal, EU nationals can continue to enter, work and live in the UK up until 2021 under ‘European Temporary Leave to Remain’ status. However, once this status expires, residents on this status will be subjected to the skills-based immigration plan, meaning many will be required to leave the country if they fall short of the visa requirements.

To overcome such glaring shortfalls, employers can urge the government to list vacancies on the UK Shortage Occupation List since this allows migrant to enjoy an, albeit small, visa discount.

Brexit presents a golden opportunity to end exploitative migrant labour – and this is what the government intends. Yet immediately axing reliance on so-called “low skilled” and lower salaried labour would be disastrous to most UK businesses.

In a bid to ease into the new plan, the Immigration White Paper proposes a 12-month Temporary Work Visa will be available to fill shortages up until 2025. Unlike Tier 2 Work Visas, employees under this scheme will not require sponsorship from an employer.

However, the scheme is restrictive and unappealing at best. Applicants would only be eligible to work in the UK for 12 months during which they cannot bring any family members, switch visa routes or seek permanent settlement.

After a year, migrants must then leave the UK and cannot return for 12 months. While the requirements suit short-term and seasonal workers, for most businesses that rely on stable, reliable and skilled workers, the scheme falls short – not to mention constantly retraining and recruiting staff is a costly affair.

Immediately axing reliance on so-called “low skilled” and lower salaried labour would be disastrous to most UK businesses.”

Even former Conservative MP and leave voter, George Eustice, recently voiced his disapproval of the post-Brexit immigration plan, claiming that the UK risks opening up vacancy shortages in key aspects of the economy.

Evidently, the replacement of free movement is exorbitantly expensive for both EU staff and UK employers. Critics have long argued the fees are disproportionate for migrants; not only do they contribute more in net terms every year than the average British citizen but the fees are largely unnecessary.

The Home Office profits enormously from each application: processing just one ILR application costs the government only £243 to process – raking in a profit of £2,146.

The Royal British Legion is petitioning to have the fees axed altogether for commonwealth members of the military since costs have plunged many ex-soldiers into destitution and even homelessness.

Yet immigration fees and nationality charges continue to rise: the latest update was only last week on 7 March.

Irrespective of how the UK plans on leaving the EU, if the fees aren’t revised and the post-Brexit plan reassessed, the UK could see a reduction in migration which will ultimately have a negative knock-on effect to the wider UK economy and job security.

Such moves will most likely result in higher taxes for British citizens and growing vacancy shortages and skills gaps in workforces.