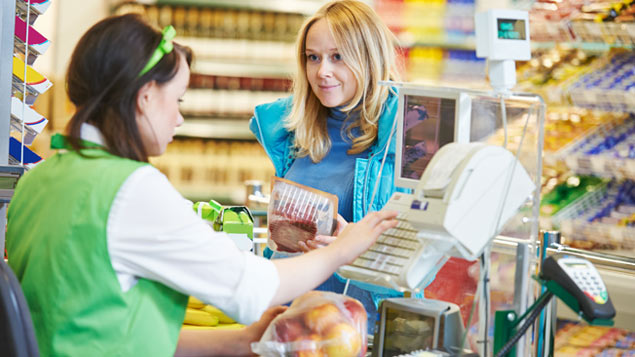 A retail union has urged the government to better protect shop workers from violence and verbal abuse, after it emerged the average retail worker experiences such behaviour almost once a fortnight.

Almost two-thirds (64%) were subjected to verbal abuse during 2018, while 40% were threatened by a customer, according to a survey of more than 6,000 shop workers by Usdaw.

Around one in 30 were assaulted in 2018, while just over one in 10 had been attacked during their career. Usdaw estimated that 288 retail employees were assaulted every day last year.

The Home Office is seeking evidence on the scale of the problem, which it believed particularly affects workers selling age-restricted goods such as cigarettes and alcohol.

The union is asking the government to impose stiffer penalties on those who assault workers. Usdaw general secretary Paddy Lillis said there needs to be “a simple stand-alone offence” that is widely understood by the public, police, Crown Prosecution Service and the judiciary to deter people from assaulting or threatening retail staff.

“Violence, threats and abuse against workers are amongst the great scourges of our society. The statistics are shocking and show that urgent action is required,” he said.

“On average a UK shop worker can end up on the wrong side of a verbal or physical assault nearly once a fortnight. Our message is clear, abuse is not a part of the job.

“Retail staff have a crucial role in our communities and that role must be valued and respected; they deserve the protection of the law.”

One worker said a shoplifter told them to “get out of the way or get stabbed with a syringe”, while another had been “held up” with a weapon on three separate occasions.

Others had suffered verbal abuse including racist and sexist comments, name-calling and swearing.

Earlier this month, minister for crime, safeguarding and vulnerability Victoria Atkins said it was unacceptable that shop staff experienced violence or abuse at work.

“Everyone has the right to feel safe at work and I know these crimes can have a significant impact on victims as well as retailers, customers and the wider community,” she said.

The Home Office’s survey asks for feedback on how retailers seek to prevent violence and threats against their staff; whether any training, guidance or support is offered to victims or those at risk; and how shop staff violence is handled by the police.