By Ashleigh Webber on 31 Oct 2018 in NHS, Latest News, Violence at work 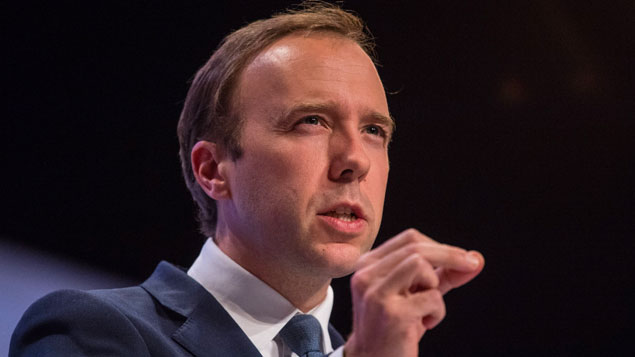 Nurses and doctors will be better protected from attacks by patients and their families under plans to crack down on violence against NHS staff and prosecute offenders more easily.

Under the NHS violence reduction strategy announced by health and social care secretary Matt Hancock today, NHS trusts will be expected to investigate every incident in full and use what they have learnt to protect staff from future occurrences.

Violence in the workplace

More than 15% of NHS staff have experienced attacks from patients, their families or the public in the last 12 months, the most recent NHS staff survey revealed – the highest proportion for five years.

The strategy was announced ahead of the introduction of tougher prison sentences for individuals who assault emergency workers including NHS staff, firefighters, paramedics and search and rescue workers. The new sentencing regime will take effect in November.

Hancock said: “NHS staff dedicate their lives to protecting and caring for us in our times of greatest need and for any one of them to be subject to aggression or violence is completely unacceptable.

“I have made it my personal mission to ensure NHS staff feel safe and secure at work and the new violence reduction strategy will be a key strand of that.

“We will not shy away from the issue – we want to empower staff and give them greater confidence to report violence, knowing that they will see meaningful action from trusts and a consistent prosecution approach from the judicial system.”

Part of the solution will be ensuring that staffing levels are adequate, suggested Sean Duggan, chief executive of the Mental Health Network, which is part of the NHS leadership group NHS Confederation.

“Our members are already doing some great work to reduce violence against staff, such as at East London NHS Foundation Trust which adopted a ‘quality improvement’ approach which resulted in reduced violence by over 40% in its adult mental health inpatient wards in Tower Hamlets and by 60% at its acute inpatients wards,” he said.

“Scaling up this approach across the Trust, it has seen a 42% reduction in incidents of physical violence since 2013. Today’s announcement has the potential to turbocharge efforts such as these across the country.”

The Royal College of Nursing, which campaigned to raise awareness of the threat of violence that nursing staff face, said victims of violence at work “have their lives turned upside down”.

RCN national officer Kim Sunley said: “Nursing staff understand their roles aren’t risk-free but, to many, it still seems as if the threat of physical violence is a daily reality.

“These measures are another way to change this for good by increasing the accountability of employers for the safety of their staff and ensuring those who wilfully assault health care workers feel the full force of the law.”