How smartphones can land employers in the dock 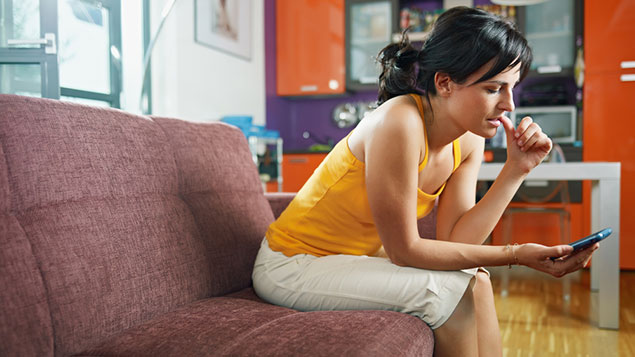 Smartphones are encouraging employees to exceed the number of hours they are contracted to work, which in some cases could lead them into conflict with their employers.

A case in Ireland, reported by the Irish Times last week, saw a business executive awarded €7,500 after she argued she was required to deal with out-of-hours work emails, some of which were after midnight. This led to the woman, employed at a subsidiary of meat producer Kepak, working in excess of the maximum 48 hours a week set out in Ireland’s Organisation of Working Time Act 1997.

Meanwhile, in France, Rentokil was last month ordered to pay a former employee €60,000 for failing to respect his right to “switch off” from his phone and computer after work. The case was brought under the country’s new “right to disconnect” law, the so-called El Khomri law (named after a former labour minister), which came into force in January 2017, and is intended as a response to the “always-on” work culture.

According to Will Steed, associate in the employment team at Hill Dickinson, similar cases are likely to come before the UK courts before too long and, he says, the impact of decisions could be significant. This is because they “could open the floodgates to a raft of claims from employees who have routinely been working additional hours via their mobile devices outside of their normal working day.”

He adds: “Now is therefore the time for employers to think about what practical steps they can take to mitigate this risk. For some employers, this will require a cultural shift away from expecting the 24/7 connection with employees that technology has made possible.”

The Irish Labour Court’s decision has been noted by senior civil servants following a recent survey which found that 90% of them reported working longer than their legally contracted working hours .

Ciaran Rohan, general secretary of the Association of Higher Civil and Public Servants, said that given the roles of responsibility they held, his members were on occasion required to work beyond contracted working hours.

“However, it is when occasional becomes constant that this becomes an issue of concern,” he said.

Smartphones mean that many people are being exposed to longer working hours because they are more easily reachable after leaving the office.

Whether they choose to engage in extra work may be their own decision, but what about situations in which employees feel they have to use their smartphones well beyond working hours in order to carry out their duties properly? And how often does this have to happen before employees and employers come into dispute?

She told the Irish Times: “With the constant development of new and innovative technology… it is essential now that employers continue to engage with their employees through their trade unions in order that we can secure decent pragmatic agreements… which honour the rights of workers to adequate time off.”

But many employers would argue that the heavy use of smartphones and tablets in the social, leisure sphere means that lines are blurred between personal use and work use. As a result, it would be difficult to determine whether the “extra work” being carried out could have been undertaken in normal working hours.

Such cases could open the floodgates to a raft of claims from employees who have routinely been working additional hours via their mobile devices” − Will Steed, Hill Dickinson

In the Irish case, for example, Kepak submitted that the amount of work undertaken by the woman was in line with that undertaken by other members of staff, none of whom worked in excess of the 48-hour maximum set out in legislation.

Such cases could be set to become more common as employers turn away from traditional models of work. At auditing giant PwC, landlines are being disconnected and up to 18,000 UK staff being issued iPhones. John Compton at PwC told Personnel Today in June: “Our young staff are technology affluent and extremely mobile. We’re a technology-driven business and our staff want this and so do our clients.”

Can employees switch off?

But the question remains: will employees be able to switch off and how much does their work require them to check messages after work hours, whatever their employer’s policy on the issue?

France’s El Khomri law, requires companies of more than 50 employees to draw up a charter of good conduct, outlining the hours when staff should neither send nor respond to emails. In the Rentokil case a regional director was, the supreme court decided, “expected to permanently leave his phone on − to respond to requests from his subordinates and customers”.

Rentokil did not consider the employee to be officially on call and so did not compensate him for this work. But the court ruled that the employee was indeed on call, because his contact details were listed explicitly as someone to be contacted in an emergency.

A recent study in France by research group Eleas revealed that more than a third of French workers used their devices to work out of hours every day and that a clear majority (60%) supported the new law.

Resistance to smartphones has also been seen elsewhere in Europe: Volkswagen Germany decided in 2012 to turn off emails to work phones outside working hours and Daimler has introduced the auto-deletion of emails sent during staff’s holidays.

In the UK, the CIPD last year published a report stating that a third of employees in the country were feeling that they could not switch off in their personal time with 40% checking their work mobile or emails at least five times a day outside of work hours. Many, however, recognised that the technology helped them work more productively and flexibly.

Steed says the Working Time Regulations (WTR) 1998, which stipulate a maximum number of working hours of 48 per week (averaged over 17 weeks), provide what appear to be unambiguous entitlements. But flexible work and smartphone technology together pose several questions, he says. “The WTR entitlements have increasingly become the subject of complex litigation as the courts wrestle with how to apply them to the new and flexible ways in which people are working.

“For example, in the case of mobile workers who are not assigned to a fixed place of work, it was recently confirmed that the time they spend travelling from home to their first assignment (and from their last assignment back home) should constitute working time for the purposes of the WTR.”

Steed says this prompts the question of workers who, after leaving their place of work for the day, continue to check and respond to emails on their smartphones, tablets and/or laptops, either on their commute or once back at home.

Government guidance on the WTR suggests that neither voluntary unpaid overtime (for example, staying late to finish something off) or travel to and from a fixed place of work should count for WTR purposes.

However, as more employers introduce bring-your-own-device (BYOD) policies, where employees access their work systems through their personal phones, there is arguably a rising expectation on employees to remain connected to their workplace 24/7, because so many of us find it hard to resist reading an email each time a notification pops up.

Steed says the question of whether this interferes with employees’ uninterrupted rest breaks and/or counts towards to their weekly working time has not yet been tested in the courts, but it is only likely to be a matter of time before it is.

He advises that common sense dictates that working hours should be monitored and employees actively discouraged from checking work emails outside of office hours wherever possible. Emails and phone calls to employees in the evenings or weekends should be avoided unless absolutely necessary. IT and BYOD policies should clearly state that employees are responsible for ensuring that they take the correct rest breaks.

Steed adds that employers should consider putting in place measures to ensure that out-of-hours working time is properly captured for record-keeping purposes.

David Israel, employment partner at Royds Withy King, acknowledges that flexible and agile working patterns are the way forward for many but they “come with perils as well as opportunities. Allowing an employee to choose when they work will mean having to adopt a flexible approach as to what amounts to ‘working time’.”

He agrees with Steed that common sense should be applied. “Nobody will be criticised for checking their mobile − what is more important is understanding what expectations have been set.”

More than half experiencing ‘smartphone fatigue’ due to work calls