Speaking my language: how accent impacts our opinion of others 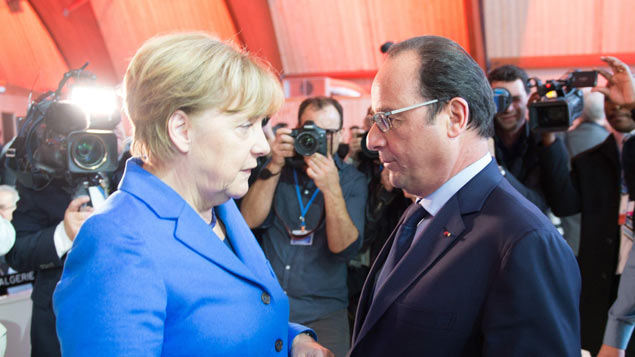 Say what? French and German accents can be more positively received than others. CHAMUSSY/SIPA/REEX/Shutterstock

Are you guilty of judging someone by their accent? This is just another form of unconscious bias, argues Snéha Khilay, and one aspect of equality that often gets overlooked.

In a recent training session on unconscious bias, one of the participants – originally from Nigeria but resident in the UK for over 20 years – reported having experienced negative and dismissive responses from both colleagues and customers due to his foreign accent.

Could an employer that refused to employ staff with regional accents leave itself open to a claim of discrimination?

In the same session, someone else mentioned that he felt that feedback related to his French accent was generally complimentary.

It is a widely known and increasingly well-explored fact that accent has an impact on how an individual is perceived by others, and therefore on the way in which others treat them.

It was interesting to note the impact that type of accent and ultimately apparent country of origin had on people’s responses to the participants of our training session, both in their personal and professional lives.

If we look at what a foreign accent is, we see that it definitely meets the criteria for being what is called an “immutable characteristic”, or something which is almost universally recognised as being both morally unacceptable and illegal to discriminate upon.

Once we go past the development stage of learning a new language (typically after adolescence), our distinctive manner of speaking, tone and intonation are “hard wired” and difficult to change.

There is now more of a conscientious social, political and legislative effort to promote equality, diversity and inclusion by avoiding and educating on discrimination based on gender, ethnicity or beliefs.

Despite the fact that it clearly fits the bill, accent is not always included in these criteria.

In a study, participants were given two audio recordings, one accompanied by a picture of a white male, the other with a picture of an Asian male, each representing the speaker. In both cases, the recording was of a native English speaker.

Despite the voice being identical, participants rated the recording with the photo of an Asian man as having a stronger foreign accent.

Participants even went as far as to suggest that their understanding of the information contained in that recording was lower, highlighting two significant facts.

The first is fairly well predicted by existing evidence: people have a tendency to assume that information delivered in a different accent will be difficult to understand; and this tendency (for whatever reason) influences their ability to process the information.

More interesting is the fact that the expectation that an individual with a different appearance will sound different creates such a powerful unconscious bias that they can identify an accent that is not actually present.

The fact that an individual does not conform visually to our prejudices regarding a native English speaker causes us to align our opinion of their accent to those prejudices, instead of to the facts of the situation.

In an increasingly fast-paced world, it is easy to succumb to an impatience for the other person in a conversation to get to the point.

A foreign accent can generate a negative judgment of the speaker, an attitude along the lines of “we’re too different for me to understand you without my spending time that I don’t have on getting past the accent barrier.”

Research indicates that lack of intelligence is a characteristic often assigned to those who speak with an accent.

But not all accents are created equal, it seems. French, German and Swedish accents are positively received. The level of (positive) exclamation over my British accent during a recent trip to the States surprised me, and rather telling was the often dismissive manner in which other accented English-speaking visitors were treated, especially those from South East Asia and Africa.

A British Indian colleague, working in business development in the Middle East, mentioned that on first meeting the emirs, he always accentuates his British accent to gain an edge over his competitors from India, receiving more favourable treatment in this way.

All of us will have different preferences regarding the pronunciation, style and pace of spoken language, and certain accents can take more effort to understand.

To keep communication as effective, open and inclusive as possible we must all make a conscious effort to look beyond prejudices relating to the delivery of a message to the actual content of that message.

A person with an accent cannot, according to the Equality and Human Rights Commission, be discriminated against if they are able to communicate and be understood effectively in English.

An employer may base an employment decision on accent only if that accent materially interferes with effective spoken communication required for performing professional duties, having a real-terms business impact.