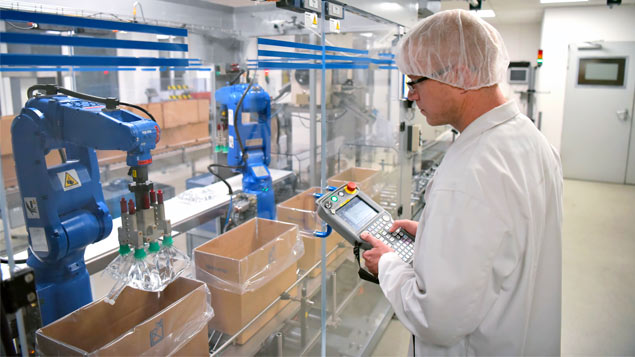 Employees are “sabotaging” robots in their workplaces because of fears they will replace their jobs, researchers have found.

According to a study of the use of robotics in the healthcare sector, UK workers are particularly opposed to the growing number of robots in their workplaces with many deliberately preventing them from carrying out their tasks. This is in stark contrast to workplaces in Norway, where staff give robots affectionate names.

Jonathan Payne, professor of work, employment and skills at De Montfort University in Leicester, which carried out the research, said: “We heard stories of workers standing in the way of robots, and minor acts of sabotage – and not playing along with them.

“The UK seems to have a problem with diffusion and take-up of technology.”

Payne suggested that employers could avoid this problem if they did more to engage with staff on why technology such as robotics and artificial intelligence are being used. This might avoid feelings of “resentment” towards robots.

While the researchers in the De Montfort University study noted that UK employers were yet to find the efficiencies that make investing in robotics worthwhile, a separate study by recruiter Robert Walters and market analysts Vacancy Soft found up to a third of jobs will be automated or likely to change as a result of greater use of AI.

Their report – Harnessing the power of AI: The demand for future skills – finds the number of AI-related job vacancies is on track to grow by 37% in 2019, compared to last year. More than 4,000 vacancies are expected in machine learning, geospatial analysis, AI research and applied data science roles this year, compared with 445 vacancies in such roles in 2015.

Ollie Sexton, principal at Robert Walters, said: “Our job force cannot afford to not get to grips with data and digitalisation. Since 2015 the volume of data created worldwide has more than doubled – increasing (on average) by 28% year-on-year.

“Now is the perfect time to start honing UK talent for the next generation of AI-influenced jobs. If you look at the statistics in this report we can see that demand is already rife, what we are at risk of is a shortage of talent and skills.”

With AI recruitment relying heavily on access to a global talent pool, the report says the upskilling of existing staff and the restructuring of learning programmes will need to take place if the talent pool diminishes because of Brexit.