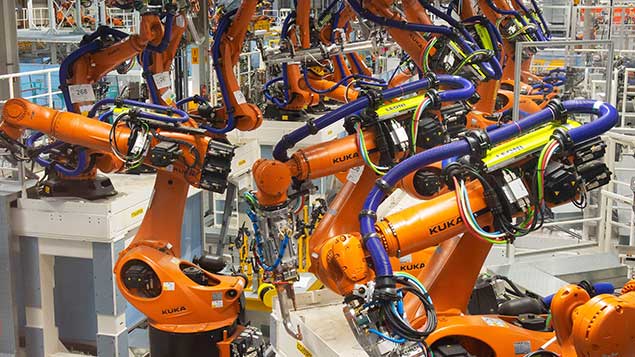 Up to 20 million jobs in manufacturing could be replaced by robots by 2030, with each new robot taking over 1.6 jobs in the sector.

A study by analyst firm Oxford Economics found that people who lose jobs in manufacturing may also find alternative sectors have also been squeezed by automation. These could be sectors where they would typically look for work outside manufacturing, such as services, transport, construction and maintenance.

It found that regions where more people have lower skills, many of which already have weaker economies and higher unemployment, will be more vulnerable to job loss through automation. It said that each additional robot installed in these lower skilled regions could lead to almost twice as many job losses as those in higher-skilled regions – 2.2 per robot.

Oxford Economics called for action to stem economic inequality and political polarisation, which will be exacerbated by the impact of automation in different regions.

The company’s research revealed that the more repetitive the job, the greater the risk of its being wiped out.

Jobs which require more compassion, creativity or social intelligence, however, should continue to be carried out by humans for decades to come.

Oxford Economics did argue, however, that many jobs will be created through increased automation. It estimated that if there was a 30% rise in robot installations worldwide, that would create $5 trillion in additional global GDP.

Agata Nowakowska, AVP at software company Skillsoft, said that organisations would need to ensure the rapid race towards automation did not negatively impact equality at work.

She said: “The challenge for employers is to make sure that everyone, regardless of gender, age or location, shares in the spoils of new technology.

“Instituting lifelong learning for employees that ensures, reskilling will prove the answer to tectonic shifts in the job market. Giving workers the opportunity to learn new skills that will increase their ability to shift into new roles. Organisations will need to think holistically about managing reskilling, upskilling and job transitioning, ensuring they build a modern workforce that’s adaptable and flexible.

“Addressing and easing workplace role transitions will require new training models and approaches that include on-the-job training and opportunities that support and signpost workers to opportunities to upgrade their skills.”

Separately today, a commission on workers and technology run by the Fabian Society and the Community trade union found that almost one in six workers felt their employers did not give them a say on the use of new technologies.

Earlier this year, the Office for National Statistics analysed the roles of 20 million people according to their likelihood of being automated. It found that just 7.4% of jobs were at risk of being fully replaced.