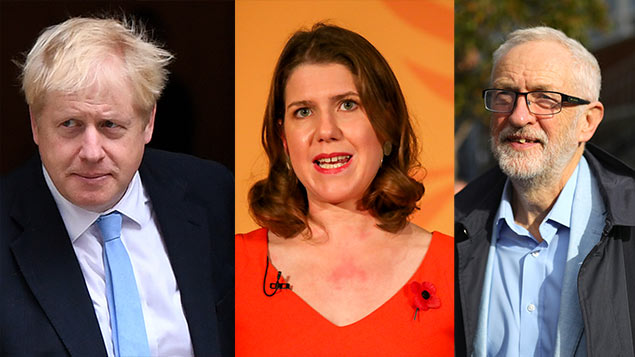 The level of the national minimum wage is expected to be a key battle in the 2019 general election.
Photo: Stefan Rousseau/Steve Parsons/Aaron Chown/PA Wire/PA Images

As younger workers’ minimum wage rates look likely to increase, Johnny Runge examines the reality of how employers approach paying, for example, a 25-year-old versus a 24-year-old.

This week, the Low Pay Commission (LPC) advised the government to lower the age of eligibility for the national living wage (NLW) from 25 to 21. That would, in effect, hand a pay rise to thousands of young workers during the next few years.

Last month, Chancellor Sajid Javid said the government would accept this recommendation. It therefore seems likely that the policy will be part of the Conservative’s election manifesto.

Meanwhile, Labour leader Jeremy Corbyn has pledged to extend the opposition’s £10 ‘real living wage’ to anyone over 16.

Twenty years after its introduction, the political battle lines on the national minimum wage are drawn up, ahead of the general election on 12 December.

This has been kick-started by the publication of the LPC’s report on the minimum wage rates for younger workers, following a year-long review and consultation process.

LPC, the independent body that advises the government on minimum wages, argued that 21 is a more ‘natural’ cut-off point than 25, as 21- to 24-year-olds in low paid sectors are very similar to their older colleagues in terms of whether they are in education or employment, and their experience and productivity levels.

LPC’s review analysed data on employment prospects of young workers, consulted employers and worker representatives, and commissioned independent research by myself and colleagues at the National Institute of Economic and Social Research (NIESR).

We interviewed employers in low-paid sectors across the country – including in retail, hospitality, cleaning and childcare – to explore pay-setting for young workers. We spoke to employers who paid lower rates for younger workers, employers who didn’t, and employers who considered doing so in the future.

While the use of lower rates for younger workers is legal – since its inception in 1999, the national minimum wage has always operated with lower rates for some age groups, to protect youth jobs and promote younger people’s labour market position through education and training – ‘youth rates’ are still clearly seen as a sensitive topic among employers and, for larger businesses, potentially detrimental to their reputation.

Adam McCulloch looks at 20 years of the national minimum wage

Twenty years on, our research shows that the use of youth rates is still surrounded by stigma. Employers who use the youth rates were reluctant to speak to the research team, despite assurances of anonymity and confidentiality.

Those who did speak to us said that fairness was a key consideration when structuring their pay offer.

A retail employer made a typical point: “If we’ve got two people doing exactly the same job side by side, why would you pay one more than the other just because of their age? It feels very unfair.”

Those employers who did pay lower rates for younger workers – and who were willing to speak to us – were often acutely aware that it was unfair for younger workers, and feared negative impacts on staff morale, caused by resentment over pay differentials.

A convenience store manager said that “it’s very hard to stand in front of a 25-year-old and a 24-year-old and say ‘I know you’re doing the same job, but we’re going to pay you [less]… It’s nothing to do with how good a job you are doing, it’s purely to do with affordability, and keeping our business running’”.

Employers particularly struggled to justify why they would pay lower rates to 21- to 24-year-olds. A hospitality employer asked rhetorically: “Why should we pay someone who has just turned 25 more than someone who is 24?”

In contrast, employers felt more justified in applying lower rates to 16- to 17-year-olds who are legally required to be in some form of education or training. These workers are typically employed in seasonal and casual work and have more training needs on the job, and sometimes cannot do the full range of job responsibilities, often directly related to age restrictions, such as the sale of alcohol and tobacco.

If we’ve got two people doing exactly the same job side by side, why would you pay one more than the other just because of their age? It feels very unfair” – retail employer

For some employers, undoubtedly, the youth rates are used more actively to increase profits, and it is feared this incentivises some employers to illegally discriminate on grounds of age.

But for other employers, fairness was a consideration, and youth rates were only used reluctantly or as a measure of last resort, for affordability reasons and to cut the wage bill.

But many employers told us that times are tight, particularly for childcare providers who are under serious cost pressures due to government funding.

While LPC’s review has found that young people’s employment prospects are not likely to be damaged by the policy change, they have advised to proceed with caution, first extending the national living wage to 23-year-olds and later to 21-year-olds, to make sure young people are protected and not displaced across the job market.

If the recommendation is adopted by the next government, the pay rise will impact almost 300,000 jobs over the next few years. This should be welcomed across the political spectrum, but as the LPC has warned, political parties must also avoid politicising the national minimum wage.

Currently, it seems the two major parties engage in a bidding war of who can offer the highest minimum wage, disregarding the advice of the independent Low Pay Commission.

Regardless of the good intentions, a bidding war would not end well for low-paid workers. Instead, politicians must keep their faith in experts, especially when it’s organised in a proven social partnership model, in which employers, worker representatives and academics agree on appropriate levels for the minimum wage, which combat low paid, but at the same time don’t force people out of work.

Johnny Runge is a senior social researcher at the National Institute of Economic and Social Research (NIESR).
View all posts by Johnny Runge →
Previous Article
Next Article