University staff to strike over pensions, pay and working conditions 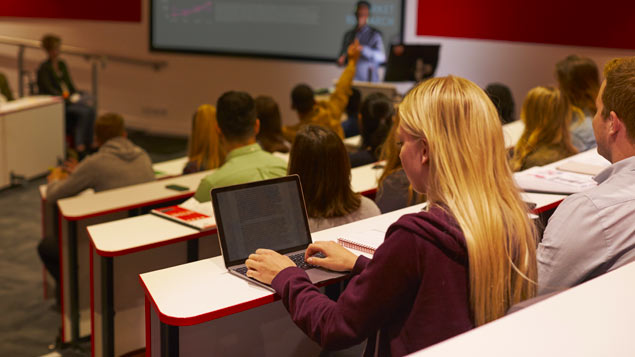 University lecturers and support staff at 60 universities are to strike for eight days in two separate disputes over pensions, working conditions and pay.

The first dispute centres on higher education providers’ failure to improve pay, equality, casualisation and workloads. This follows research from the University and Colleges Employers Association (UCEA) that found the pay of university staff has dropped by around 17% in real-terms, based on RPI, since 2009.

The second dispute involves the changes made to the pension scheme –  the Universities Superannuation Scheme (USS) – since 2011, which the University and College Union (UCU) claimed has left members £240,000 worse off.

Eight years ago the contribution level for USS members was 6.35% of salary, but from last month this increased to 9.6%. Employers contribute 21.1% of the employees’ salary to the scheme.

The final-salary element of the scheme also closed and a salary cap for defined benefits was brought in.

The strike, organised by the UCU, will take place from Monday 25 November to Wednesday 4 December. Staff will also take “action short of a strike” such as working strictly to contract, refusing to reschedule cancelled lectures and not covering for absent colleagues.

UCU general secretary Jo Grady said: “The first wave of strikes will hit universities later this month unless the employers start talking to us seriously about how they are going to deal with rising pension costs and declining pay and conditions.”

Seventy-four per cent of UCU members who voted in its ballot on pay and conditions backed strike action. Turnout was 49%. The ballot over pension changes saw 79% of members of voted opt for a strike, on 53% turnout.

A spokesperson for Universities UK, the representative body for universities, said it was hopeful the dispute could be resolved without industrial action, but plans were in place to minimise disruption for students and staff.

Of the pension scheme changes, the spokesperson said: “The resolution to the 2018 USS valuation is both fair and reasonable, with the additional costs of maintaining the current level of benefits shared 65:35 by employers and scheme members.

“It’s important to note that the number of UCU members who voted for strike action over pensions accounts for less than 10% of the active membership of USS. Out of those who voted in the pensions ballot, one in five members were against taking industrial action, and the vast majority of branches only reached the turnout threshold of 50% because of the numbers of members voting no.

“We are committed to ensuring USS remains one of the very best pension schemes in the country, and hope that UCU will now join us to consider governance reforms and alternative options for future valuations, which deliver a shared set of principles, increased transparency and a sustainable scheme.”

Universities UK said the average USS pension payment in retirement is nearly three-times the national average at £19,000 per annum, compared with £7,000 per annum.

The UCEA, which represents higher education employers, described the strike as “extensive and damaging”.

Pay increases of between 3.65% and 1.8% were agreed for university staff earlier this year, while some received even greater pay rises as a result of pay progression increases too.

A UCEA spokesperson said: “It is completely unrealistic in the collective pay arrangements for UCU to attempt to force all 147 employers to re-open the concluded 2019-20 national pay round. The outcome was already at the very limit of what is affordable and the ballots confirm that the vast majority of employees in these institutions understand the challenging context.

“The 25,398 UCU members who voted to support strike action over pay represent just 7.8% of the 325,000 employees covered by the national pay arrangements. Against a difficult backdrop employers have ensured that they have now all received an above inflation pay uplift at the minimum and many a much larger pay increase.”