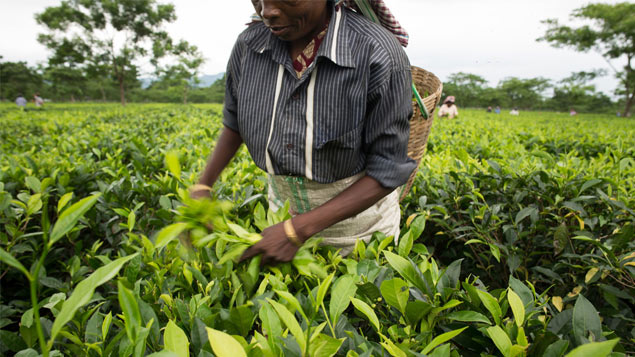 Poor pay, exploitative working conditions and human rights abuses are commonplace in the supply chains for major supermarkets including Aldi, Lidl and Tesco, research by Oxfam has found.

It has called on the European Commission to urgently introduce a new law requiring organisations to respect human rights throughout their global supply chains, after the charity discovered food supply is “rife with violations of human labour and women’s rights”,  with many staff unable to take a break for basic needs like going to the toilet or to drink water.

Women are especially affected as they are often in the lowest paid and most labour-intensive jobs and regularly face discrimination and sexual abuse, according to the report. Ten of the 16 organisations rated by Oxfam on their ability to ensure fair and equal treatment for women scored zero in this area.

Oxfam’s EU economic justice policy lead Marc-Olivier Herman said: “Human suffering should never be an ingredient of the food we buy. When companies in Europe abuse their vast purchasing power, farmers and workers in Europe and beyond are denied their rights.

“The EU must prove it is a champion of human rights and make it a priority to table EU legislation that requires companies and investors to uphold human rights throughout their global supply chains.”

Interviews with 510 workers on 50 tea plantations in Assam, India, found they were systematically denied their rights to decent working and living conditions. The tea produced at these plantations is sold in major domestic and international supermarkets.

Half of the Assam workers received “below poverty line” ration cards from the government because their pay is so low, while a third said they experienced recurrent debt. Women work up to 13 hours a day after just six hours’ rest, it found.

Meanwhile, an investigation into working conditions on melon, grape and mango plantations in Brazil found that workers faced harsh treatment, poverty and often suffered allergic reactions to pesticides on farms.

“Our members are working hard to address existing injustices and continue to collaborate internationally with NGOs [non-governmental organisations], business groups and government on this vital issue,” he said.

While the report notes that rules around modern slavery reporting and public procurement have been tightened up, it says there is growing momentum for organisations to be held legally accountable if they do not demonstrate they take steps to prevent human rights violations in their supply chains.

Earlier this year the Home Office proposed several measures that would give modern slavery reporting more teeth, including mandatory reporting areas, a single annual deadline for reporting and an online portal for firms to publish their statements. Current legislation suggests that firms can report on six areas but it does not specify where reporting is required.

Investors are also calling for action to address human rights violations. Fifty investors with assets worth approximately $3.1 trillion released a statement urging supermarkets to disclose where they source their products.

Despite the findings, the report notes that supermarkets have made some progress towards encouraging better working conditions and wages in their supply chains. Oxfam’s Supermarkets Scorecard shows that Tesco, Sainsbury’s and Morrisons demonstrate the strongest performance on workers’ rights.

The charity has created a framework for action on workers’ rights within supply chains which includes: