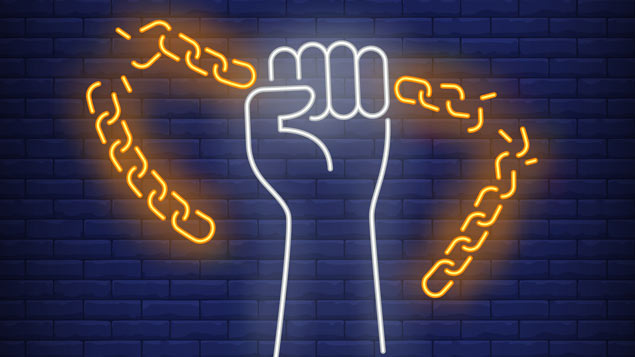 With the Home Office suggesting that organisations should improve the effectiveness of their modern slavery policies, Lottie Galvin looks at how HR professionals can help ensure exploitative working practices don’t exist in their supply chains.

Contrary to common belief, there are now more slaves worldwide than ever before. Most think of slave trafficking as an issue solely reserved to hundreds of years ago, but the reality is very different: the modern workplace can often become a setting for the staggeringly outdated mistreatment of human beings.

In fact, the Global Slavery Index reveals that there are 136,000 people trapped in some form of modern slavery in the UK alone. In July, five people were convicted of modern slavery offences after the UK’s largest modern slavery ring was uncovered in the West Midlands – some of its 400 victims earned as little as 50p a day.

So how does slavery continue to manifest itself in UK workplaces and how can HR professionals help stamp it out?

When it comes to sourcing employees, most employers will only extend their meticulousness to their immediate workforce and their suppliers’ workers. But what employers fail to realise is that modern slavery can often be embedded further down the labour supply chain.

As using agents to recruit staff is now so routine, most will be unaware that some agents can be corrupt and unlawful. Agents throughout the UK have been known to strike fear in vulnerable workers through methods such as violence and manipulation, with those desperate for work feeling as though they have no choice but to accept it.

Modern slavery victims are pushed into a corner they feel is inescapable. This exploitation in the workplace, for example, could even be a case of an employee being made to feel they cannot take their holiday entitlement as they will be more susceptible to redundancy or lose out on promotions. Or, in extreme cases, workers are forced to work excruciatingly long hours for little or no pay.

In the United Kingdom the most frequently reported victims of modern slavery are Albanian, Vietnamese and UK nationals, with the National Crime Agency reporting that 1,625 UK citizens were in some sort of modern slavery in 2018 – a 50.4% increase from 2017. By sourcing workers from abroad, the number of steps in the labour supply chain significantly increases and so does the chance of corruption and exploitation. International workers face a much higher risk of having their families threatened or passports taken to prevent them from leaving.

One industry at risk is construction. At least a third of London’s 100,000 European migrant construction workers have worked without pay, according to the Focus on Labour Exploitation charity, all while experiencing verbal and physical abuse.

This exploitation in the workplace, for example, could even be a case of an employee being made to feel they cannot take their holiday entitlement as they will be more susceptible to redundancy or lose out on promotions.”

Many construction workers are trapped in unjust contracts and are faced with unreasonable payment practices, such as late payment of wages or wage deductions. In some cases, these exploited employees are made to live in cramped and distressingly unhygienic accommodation. This not only drastically reduces workers’ quality of life, but also makes them much more prone to catching dangerous diseases and infections.

Hospitality is another high-risk industry that puts workers in jeopardy of modern slavery, with the Human Trafficking Foundation reporting around 110,000 victims in the European hospitality sector each year.

Despite most UK hospitality businesses complying with recruitment laws, almost 25% of staff in the UK hospitality industry come from overseas. This can make it incredibly easy for individuals or groups to take advantage of permissive laws in the countries they are recruiting from, which results in increased worker perversion.

Employers’ obligation of diligence will usually only extend to the first tier of the recruitment process, which for the most part will appear trustworthy and respectful. As a result, HR professionals often have a concerning lack of knowledge when it comes to their employees’ true situations.

How can HR help?

Many HR professionals are still in the dark about what really takes place in their labour supply chains. If modern slavery is to be tackled, they must extend their considerations beyond office walls.

HR departments are encouraged to help companies build a workplace culture that is protective and dutiful of their workers’ human rights – whether that be those based in the same location, or those that are widespread.

HR professionals can also push for a more transparent recruitment process: they should be aware of the complete labour supply chain and thus extend their knowledge beyond the first tier.

An organisation that is prepared to confront the complex issue of modern slavery head on is one that will truly be able to protect the entirety of its workforce against exploitation. By providing the correct, relevant training on a wider scale, staff will not only gain a better understanding of their own rights but will also be more likely to spot the mistreatment of others.