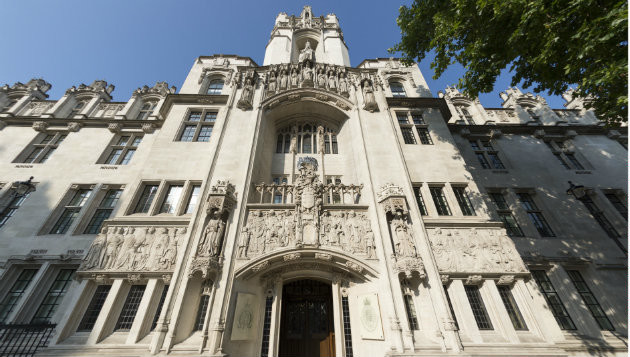 Remedies under the Modern Slavery Act should be extended to allow employment tribunals to award compensation to the victims of slavery, a Supreme Court judge has said in Taiwo v Olaigbe and another; Onu v Akwiwu and another.

Two Nigerian women, Ms Taiwo and Ms Onu, came to the UK on a migrant domestic worker visa to work for couples living in the UK.

Foreign workers on this type of visa are heavily reliant on their current employer, as they have limited leave to remain in the UK and they have to seek approval from the authorities to change employer.

The two women brought employment tribunal claims for race discrimination over their treatment by the couples.

Ms Taiwo claimed that her passport was taken from her and she was expected to be “on duty” during most of her waking hours.

She said that she was not given enough to eat, and was mocked, slapped and spat on.

Ms Onu also claimed that her passport was taken from her on her arrival in the UK.

She said that she was required to work 84 hours per week and was told that she would be arrested and imprisoned if she tried to run away.

Both women eventually managed to escape their situations, and brought employment tribunal cases, including claims for race discrimination.

Their race discrimination claims were unsuccessful in the lower courts, on the basis that their former employers had mistreated them because of their vulnerable immigration status, rather than their Nigerian nationality.

When their cases reached the Supreme Court, it was accepted that they were treated “disgracefully”.

But the five Supreme Court judges decided unanimously to dismiss the race discrimination cases because “immigration status” by itself is not a protected characteristic under the Equality Act 2010.

Lady Hale, who delivered the judgment, highlighted that there is no remedy for all the “grievous harms” that the two women suffered.

Lady Hale suggested that Parliament could consider extending the remedies available under the Modern Slavery Act 2015 to recompense slavery victims for the ill treatment meted out to them.

The Modern Slavery Act 2015 enables a court to require that a person convicted of a slavery or trafficking offence to provide reparation to the victim. This is designed to recompense the slavery victim for “exploitation and degradation” suffered.

However, there is currently no power for employment tribunals to order the perpetrators of slavery or human trafficking, which sometimes arises in race discrimination claims, to pay compensation to the victim.

In Tirkey v Chandok and another, an employment tribunal case similar to the claims brought by the two women in this case, the claimant was awarded £82,763 for race discrimination, as well as £183,774 for non-payment of wages.

However, the claimant in that case was able to claim race discrimination because she argued that she was discriminated against because of her Indian caste.

The Employment Appeal Tribunal has accepted that caste discrimination is covered under the race provisions in the Equality Act 2010.

Read more details of the case and its implications for employers…