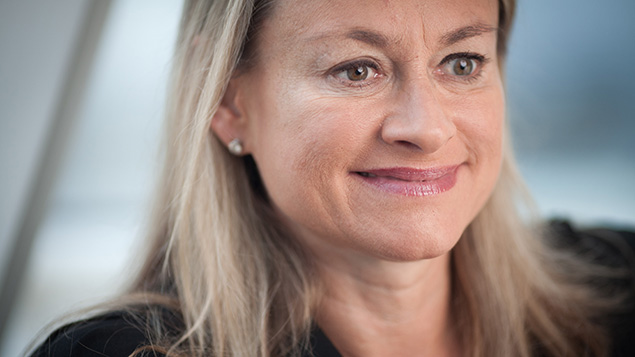 The Supreme Court has handed down a decision today that overturns a century-old principle on employee competition clauses.

The judges unanimously allowed an appeal in the case of Egon Zehnder v Tillman, rendering the non-compete clause set by the recruitment company enforceable and clarifying how employers should approach the drafting of non-compete clauses in employment contracts.

The case centres on Mary-Caroline Tillman, who was hired by management consultancy and executive recruitment firm Egon Zehnder in 2004.

Tillman worked her way up to become its head of global financial services. In 2017 she left after being offered a role at a competitor, Russell Reynolds Associates.

Her employment contract included a number of post-termination restrictions including a non-compete clause that aimed to prevent her from working for a direct competitor for a period of six months.

One of the key clauses of her contract stated that she must not “directly or indirectly engage or be concerned or interested in any business carried on in competition with any of the businesses of the Company or any Group Company”.

Egon Zehnder applied to the High Court for an interim injunction to enforce this clause and was initially successful in preventing her move to Russell Reynolds.

In July 2018 Tillman appealed this decision at the Court of Appeal, which found in her favour.

In January this year, the case reached the Supreme Court, where the central issue was the Court of Appeal’s findings that the words “interested in…” in the non-compete clause rendered the covenant too wide as it prevented her from holding shares in a competing business regardless of the size of her interest.

The Supreme Court has now clarified that this was the case, in as much as restraint of trade was engaged by a prohibition on holding shares. It held that the words “interested in” in the context of Tillman’s contract could be severed and it would still be enforceable.

Today’s decision overrules previous guidance on how certain parts of contracts can be severed in the case of Attwood v Lamont in 1920.

Stefan Martin, partner at law firm Hogan Lovells, said: “The case is good news for employers looking to enforce restrictive covenants. The Supreme Court has confirmed that the courts have the power to ‘blue pencil’ offending words from defective covenants, rendering the remaining restrictions enforceable.

“Essentially, where removing the offending words from the covenant will not result in any major change in the overall effect of the restriction, the restriction will be upheld rather than failing. The decision will allow employers significant scope to argue that elements of a restriction should be observed even if the restriction in its full form is too widely drafted to be enforceable.”

Michael Chattle, associate at Taylor Wessing, said the decision was “a surprising one” that was mixed news for employers.

“While it was found that the restrictions were unduly wide, casting some doubt on the enforceability of many existing restrictions, the court appears to have a much wider remit than before to cut down clauses to what it considers reasonable and enforceable,” he said.

“This decision raises a number of questions for employers to grapple with and refocuses attention on the importance of ensuring that post-termination restrictions are precisely drafted and reviewed on a regular basis.

“On the basis of this decision, employers now may be encouraged to try to push for ever more wider and onerous restrictions with the expectation that a future court may apply a similar approach and cut it down to what it considers as reasonable.”

Nick Hurley, partner at Charles Russell Speechlys, said the decision would in future “give employers more leeway to correct poor drafting and enforce restrictions where words can simply be removed without losing the sense of the clause”.

“The courts cannot rewrite the clause to make it work, but can sever words where appropriate,” he added.