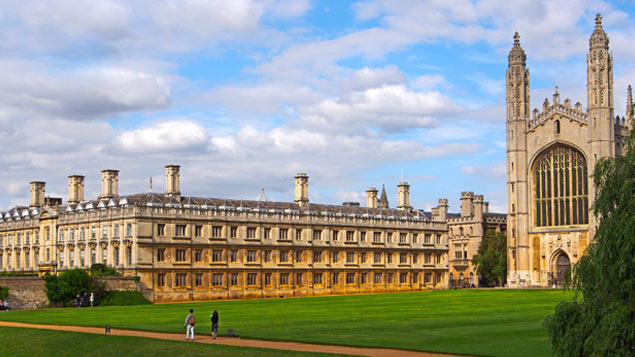 King's College at the University of Cambridge. Shutterstock

Seven in 10 university academics and teaching staff say their mental health has been “damaged” by working on insecure contracts, with many having to put long-term plans like starting a family or buying a house on hold.

Around 70% of university researchers are on fixed-term contracts with many more on precarious open-ended contracts that “build in” redundancy dates, according to the University and College Union (UCU).

About 37,000 teaching staff are on fixed-term contracts, many of whom are paid by the hour, while 71,000 lecturers work as “atypical academics” who are not counted in the main staff record.

The UCU’s Counting the costs of casualisation in higher education report was published as Cambridge University staff prepared to protest against the exploitative use of students and hourly-paid staff to deliver teaching.

Two-thirds of staff doing teaching at Cambridge are paid by the hour and three-quarters do not have a contract.

Cambridge University UCU representative Jenny Marchant said: “Cambridge prides itself on its unique model of teaching based on one-to-one or small group supervisions and the way this model has been developed has led to the exploitation of staff.

“We have staff that are suffering from extreme levels of financial and personal hardship. Some don’t have enough money to pay for food or rent, while others are seeking to leave the sector because they can’t make ends meet.”

The UCU’s survey of 3,802 higher education staff across the UK found 60% had struggled financially and many worked multiple jobs to make ends meet. Nearly half (43%) believed their working conditions had damaged their physical health.

Almost all (97%) respondents on a fixed-term contract said that they would rather be on a permanent contract, while 80% of hourly paid staff said they would prefer a contract with guaranteed hours, even if it meant less flexibility.

On average, part time and hourly paid teachers were doing 45% of their work without pay, the report claims.

It says the government should put university working policies under greater scrutiny, suggesting a new duty on universities to disclose the classroom hours of hourly paid staff as a proportion of their workforce’s total classroom hours.

Universities should also “de-casualise” their workforces and negotiate the transition of precariously employed staff onto more secure contracts.

Paul Cottrell, UCU acting general secretary said: “Universities need to understand this is a real problem that must be dealt with, not excused or underplayed. Some institutions have worked with us to move staff on to more secure contracts, but overall the higher education sector is too happy to exploit its army of casualised staff.”

In response to the protests being held at Cambridge, a university spokesperson said: “The University of Cambridge has been working constructively with UCU, Unison and Unite since January 2019, to address a number of concerns raised around the use of fixed-term and casual contracts. A working group which includes union representatives has met on an almost monthly basis and we believe that we are continuing to make progress.

“We remain committed to working with the unions to try to resolve these issues, with regular meetings scheduled until the end of 2019.”