The growth of social recognition 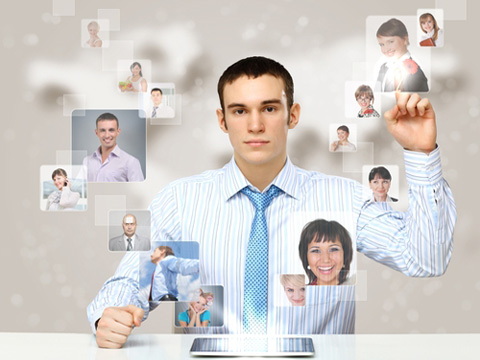 As a late adopter of Facebook, I was immediately intrigued by what people were using it for. More than anything else, it appeared that “Facebookers” were either telling people what they had been up to and receiving “likes” and comments or they were praising something that a friend had been up to. Essentially, it was showing that recognition is a basic human trait and that people equally like giving it and receiving it.

As a company that makes a living out of employee recognition programmes, there was an obvious need to look at how we could incorporate this natural phenomenon into the platforms and system we build for our clients.

Traditionally, recognition programmes have operated on a top-down approach with managers or committees reviewing performance and handing out awards to those who, in their eyes, had done something exceptional. Those of us who have been on the receiving end of this will recognise the inequity of this type of systems as managers weren’t always in a position to spot who had done good work and, inevitably, recognised those whose work was most visible to them. The end result is that the majority of the workforce were not motivated to strive for excellence as their chances of being recognised for it were something of a lottery.

More recently, the concept of peer-to-peer recognition has become widely used: any member of the organisation can nominate another for an action or behaviour that they believe is worthy or recognition. This has certainly helped remove much of the inequalities of a top-down recognition approach, but often the systems that were used to collect, process and communicate these nominations were clunky and uninspiring.

Constructing employee recognition programmes that mirror the best aspects of social networking sites provides employees with a mechanism that they have already demonstrated a preference for; a method of social interaction that is natural doesn’t need to be “forced”.

Here at Grass Roots Projectlink, we are working on such schemes for clients who recognise the value of greater social interaction among their employees within the work environment, and the benefits it can bring to their recognition schemes and the wider issue of employee engagement.

However, we aren’t just changing the technology to make a client’s recognition scheme look more like Facebook. The systems we are developing encourage informal and interactive recognition within an organisation and have the following features:

Managers can see the level of frequency of recognition and performance feedback for individual employees. As a result, “senior executives can use this data to see if manager performance decisions align with what co-workers indicate through their actions”.

So what’s the future for social recognition? Well social media is certainly not a fad, and while it is likely to evolve and change as technology provides more features, it seems unlikely that its core functionality will fall out of favour.

What needs to be learned in the employee recognition space is what you might call “recognition ownership”. In social networking, we each “own” who and how we recognise people and determine for ourselves what we believe is good and worthy of praise. Within organisational recognition schemes, the determinant of what is good and what you will get for being good, is often set by the organisation itself and employees are expected to only recognise and award people where they meet that criteria.

The next brave step is to give every employee their own reward budget and let them choose who in their organisation is doing a good job and should be rewarded. After all, it’s not easy to impress your colleagues who work alongside you. They really know what good is like!