The new regime for flexible working requests: How helpful is the Acas code?

By Paul McMahon and Neale Tosh on 8 May 2013 in HR practice, HR strategy, Opinion, Workforce planning 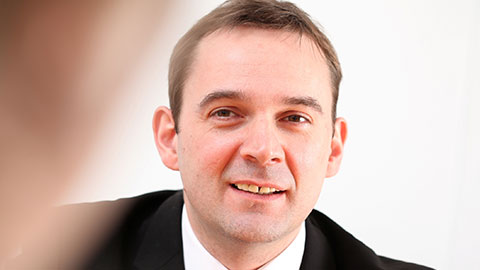 On 25 February 2013, Acas released a draft Code of practice on the extended right to request flexible working. In this article, we look at the purpose of the draft code and consider whether it addresses some of the key issues currently faced by employers when dealing with flexible working.

The purpose of the draft code

The existing statutory procedure for considering flexible working requests – which is widely viewed as unduly rigid and prescriptive – is to be repealed and replaced by a duty on the part of employers to consider such requests in a reasonable manner. The aim of the draft code is to provide guidance to employers on how they should deal with a flexible working request.

The draft code is deliberately short and is designed to be easy to understand and simple to use. It comprises 13 principles that will be taken into account by employment tribunals when considering cases arising out of the flexible working legislation.

The draft code will be supplemented by a separate good practice guide, which has yet to be published. The good practice guide will, among other things, contain guidance on what the Government considers to constitute a “reasonable manner” and how employers can meet their obligations under the code.

While its brevity makes the draft code accessible, an employer’s obligation to handle requests to work flexibly “in a reasonable manner” is not fully explained and employers will have to look to the good practice guidance to gain a fuller understanding on this point. So reliance on the draft code alone is unlikely to be sufficient.

Some initial responses to the consultation include suggestions that the draft code could be improved by the addition of some further principles to help employers identify and manage their obligations to handle requests “reasonably” in order to minimise any risk involved. Suggested principles include that employers should:

A key consideration for employers is how they should prioritise competing requests from employees in a diverse range of situations, from those returning from maternity leave and those seeking a change to their working pattern for religious or other family reasons to those looking for a phased retirement.

This is not a new problem, and many employers already offer flexible working arrangements to all employees and have experience of dealing with this vexing question. The draft code is, however, of limited use in this regard, given that it is silent on this point. Some advice is promised in the accompanying guidance. Hopefully, this will help employers handle competing requests and mitigate the risk involved.

In the meantime, we consider that there are a number of different ways of dealing with this type of situation. An employer could prioritise requests according to the effect of refusing the request – for example, the inability to continue working – or it could deal with requests on a first-come, first-served basis.

Employers could also consult with their workforce and agree priorities with them. Having a collectively agreed set of priorities has two advantages: first, employee engagement helps to minimise the risk of discontent; and second, it may provide some objective justification for an employer to accept or reject a particular request.

Discrimination claims are the most obvious risk associated with the handling of competing requests for flexible working. Very few of the cases brought under the flexible working legislation have not also involved claims of direct or indirect sex discrimination.

From 2014, the right to request flexible working will be extended to any employee with 26 weeks’ continuous service, regardless of whether or not they have caring responsibilities. The result of this is that claims of discrimination on grounds of age, religion and other protected characteristics will be more likely to arise.

Although the Government has recognised this as an issue, the draft code simply provides that an employer “should not discriminate against the employee.” It remains to be seen whether the guidance will provide further advice in this respect.

Paul McMahon is a partner and Neale Tosh a trainee solicitor in the employment, pensions and benefits team at Brodies LLP