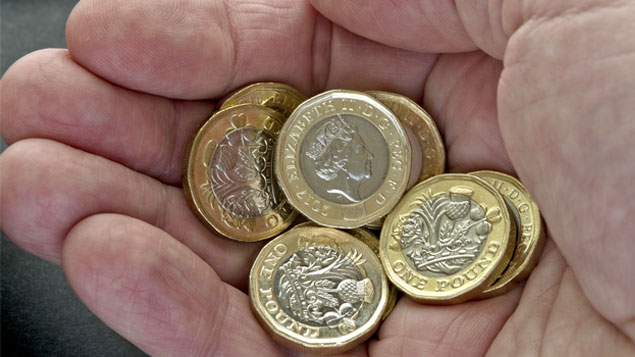 Almost three-quarters (73%) of workers see their income fluctuate from month to month, with lower earners at more risk of pay volatility.

A Resolution Foundation analysis of anonymised transaction data from more than seven million bank accounts found that more than eight in 10 lower earners – those with take-home annual pay of around £10,000 a year – with a steady job saw their income rise and fall from month to month, compared with two-thirds of those taking home £35,000 or more.

The report, Irregular Payments: Assessing the breadth and depth of month to month earnings volatility, produced in collaboration with Lloyds Banking Group and part-funded by the Nuffield Foundation, also found that a typical employee who remained with the same employer throughout 2016-17 had five months in which their pay changed by more than 5%.

Seventy-three per cent had “volatile” pay – which the Resolution Foundation defines has having notable changes in monthly pay because of reasons other than pay rises, promotions or bonuses.

Employees aged 22 and under were more likely to experience pay volatility than those aged 40 and over (more than 80% compared with less than 70%).

The report finds that much of the volatility could be down to the rise of zero-hours contracts, with employees receiving varying levels of work – and therefore pay – from month to month.

“The Resolution Foundation has previously proposed that those working on zero-hours contracts should be given the right to move onto a contract offering regular hours after three months with the same employer,” the report says.

“This would not only provide support in terms of earnings levels, but is also highly likely to lead to lower short-term pay variations.

“If the government is not intending to legislate for this, businesses could proactively offer contracts more reflective of typical hours to their zero-hours contract workers.”

The report recommends that employers could offer all staff more stability in the hours they work – not just those on zero-hours contracts.

“Rather than employing staff on short-hours contracts with extensive use of overtime as and when needed, employers could choose to increase basic hours for their staff.

“As the Living Wage Foundation has highlighted, there are benefits from such an approach for employees – who have more stability in terms of their pay packets – and for employers,” it says.

Forty per cent of people on low or middle incomes were unable to save £10 or more each month.

Among those with annual income after tax of between £5,000 and £10,000 a year, pay changes were more than a third higher for men than for women.

The report suggests that some of the monthly income changes were down to employees claiming Universal Credit (UC) being paid more frequently than monthly. The system collects pay data every month in order to determine UC awards, which sometimes means claimants receive more or less UC.

It says there is a need for “a reconsideration of the mechanics of the UC system” so it can better support those with fluctuating income.

“It is possible to reform UC to reduce this problem, and allow the benefits of a more responsive system of in-work support to be felt.

“It is for this reason that we propose that the Department for Work and Pensions should grant individuals already in work the flexibility to move their assessment period in order that it better reflects the dates on which they are paid,” it recommends.