Too much collaboration kills creativity 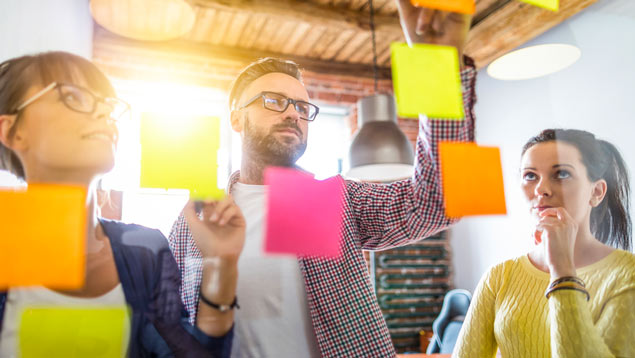 Researchers in the US have found that collaboration among teams is welcome but that it should be limited to achieve the best results.

As technologies such as social media, instant messaging, Slack and Yammer provide the opportunity for “always-on” collaboration, a better approach to problem solving can be achieved when individuals work together only intermittently.

The researchers studied the results of a number of three-person groups – “triads” – solving the travelling salesman problem, where the shortest route between numerous destinations has to be found.

Prior research suggested that the set of individuals who never interacted would be the most creative. Indeed, this set discovered the largest number of unique solutions, including some of the very best and the worst answers to the problem.

The researchers also expected that the set of groups in constant collaboration would produce solutions of a higher quality on average. This proved to be the case, but they failed to find the very best answers to the puzzle.

What the researchers discovered about the groups that worked together intermittently was most surprising. They preserved the best of both worlds reaching an average quality of solution that was nearly identical to those that interacted constantly, yet, preserving enough variation to find some of the very best solutions as well.

The authors say their findings demonstrate the advantages of alternating independent effort with teamwork to achieve optimal benefits. In some ways they point out, that’s how work is often done in organisations with individuals working alone, then coming together in a meeting, then returning to work alone. But, say the researchers, those cycles are being broken by communication technologies.

“As we replace those sorts of intermittent cycles with always-on technologies, we might be diminishing our capacity to solve problems well,” said Bernstein.

“Triads find the optimum more and high performers do even better with intermittent ties, suggesting the presence of beneficial social learning for all participants, not just low performers,” write the authors, in the Proceedings of the National Academy of Sciences.

They add that intermittent social influence may mitigate the dangers inherent in both independent problem solving (by spending less time on poor solutions) and the social influence that might lead to a premature consensus, where the group incorrectly believes it has reached the best answer.

One Response to Too much collaboration kills creativity