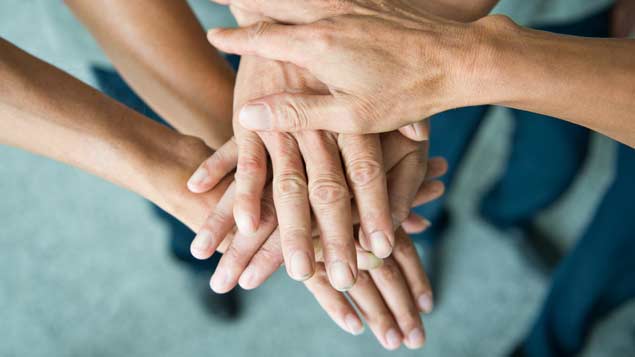 Greater feelings of trust at work can provide a major boost to engagement and productivity. But is there a way to measure levels of trust and address areas where it is lacking?

If you’ve ever felt suffused with trust and simply dying to cooperate and collaborate with everyone around you, then blame it on the oxytocin. This is the hormone that is released by mothers when they produce milk to feed their babies and it’s intended to help them bond. Interestingly, it’s also released by people of both genders when they experience feelings of trust.

Trust is the vital ingredient to creating happy and highly productive teams, according to cross-industry research of 5,000 employees conducted by Dr Paul Zak, director at the Center for Neuroeconomic Studies at Claremont Graduate University in California.

His study revealed that staff working in an organisation where they felt high levels of trust experienced:

The top 25% of people who experienced the deepest feelings of trust also:

Seeing the value in the insights from this research, behavioural change consultancy Envisia Learning formed an alliance with Zak, who has acted as its advisor since the start of the year.

It has now developed three new products for use by HR consultancies to help their clients build trust and engagement, which will be available later this year.

The first, Ofactor Survey, takes a snapshot of trust levels across the organisation, in a similar fashion to traditional staff engagement polls.

The second two offerings – the NeuroView leadership assessment tool and the Momentor “neuro-change” platform, which are sold as a package – are then intended to act as tools to help change managers’ behaviour if trust levels are found to be low.

Dr Ken Nowack, one of Envisia’s co-founders, explained: “All the research indicates that leader behaviour is one of the single most potent drivers behind keeping talent and having them commit to the company, and so they become a powerful intervention.”

The NeuroView assessment is completed by the leaders themselves. It asks them questions to establish where they are in relation to the eight behavioural traits displayed by people adept at building high-performance, high-trust corporate cultures. The same questionnaire is also filled out by their direct reports to obtain a 360-degree view of the situation.

All the research indicates that leader behaviour is one of the single most potent drivers behind keeping [people] and having them commit to the company, and so they become a powerful intervention.” – Dr Ken Nowack, Envisia.

“The assessment helps them work out what behaviour they want to work on as a leader and set goals that are meaningful,” Nowack says. “But like New Year’s Resolutions, that’s of little value unless there’s a way to trigger certain behaviours not to happen.”

This is where Momentor comes in. It is an online platform that enables leaders, once they have gone through the assessment process, to set their own behavioural goals.

The system also includes a calendar, which enables users to make a note of events and times in which to practice their new behaviour goals, such as dominating meetings less and allowing others to talk more. They then receive a text or email to that effect at the start of their meeting to act as a reminder.

At the end of the session, online feedback forms are sent out to either the whole team or a select (and trusted) few to evaluate how the manager has performed – the ultimate aim being to modify behaviour over time until oxytocin-inducing conduct becomes the norm.

The products are due to be formally launched in October to HR consultants engaged in leadership development, executive coaching or delivering management and executive training programs.

Envisia is also currently evaluating whether to sell them direct to HR departments too – something that really should get that oxytocin pumping.