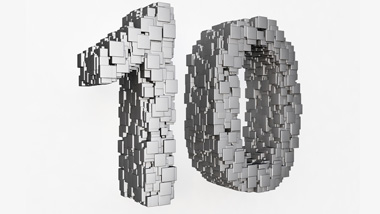 Research from the Government, included in its call for evidence document on compensated no-fault dismissals for micro-businesses, found that dismissal was not one of the top 10 concerns for employers when hiring staff.

The Government launched the call for evidence last month in order to “shed some light on the desire for a change to the rules”, which it believes could give businesses the confidence to hire new staff and make dismissals when necessary.

However, Michael Bradshaw, employment partner at Charles Russell, pointed out in an article for Personnel Today that the Government’s own research found that dismissal and disciplinary issues did not feature in the top 10 regulations deterring businesses from taking on staff.

The research, from the Department for Business, Innovation and Skills, found that, of those organisations that said employment regulation deterred them from hiring staff, only 1% identified dismissal and disciplinary as the top concern.

In fact, the top regulatory deterrent for the 1,000 respondents from businesses of all sizes, industry groups and regions, was health and safety regulation, an area the Government is already looking to address.

The top 10 deterrants to employment were:

This was the top concern for employers overall, with 13% identifying it as the biggest recruitment deterrent; it was found to be of particular concern to micro-businesses. The Government has already identified this as an area that needs to be addressed and, in November 2011, it announced plans to cut health and safety regulation by half over the next three years.

One organisation in 10 singled out maternity and paternity leave regulations as the biggest concern when taking on new recruits. This was idenitfied as a top worry for small and medium-sized businesses. The Council of the European Union recently rejected plans to extend the minumum length of maternity leave on full pay to 20 weeks but is still looking to extend it from the current 14 weeks.

Another big issue for micro-firms, tax was rated as a top deterrent when hiring by 8% of organisations.

On the advice of the Low Pay Commission, the Government decided to freeze the national minimum wage for young people when the new adult rates come into force later this year. This will be good news for the 6% of employers that rated it as their top concern when hiring staff. Small businesses were particularly concerned about this issue.

On a par with the minimum wage, 6% of employers said that national insurance was a deterrent to taking on staff. Small and medium-sized businesses were the most concerned about this.

The seventh most worrying regulation identified by employers were the Working Time Regulations, with 5% ranking these as the top deterrent to taking on staff. Small and medium-sized companies were particularly worried about it.

Sickness absence was another key issue for small and medium-sized businesses. Overall, 5% of employers said that sickness absence regulation put them off hiring.

9. Time off to train

Introduced in 2010, the right to request time off to train was considered a deterrent to hiring for 4% of employers, with small and medium-sized businesses particularly concerned about it.

Regulations around discrimination were a concern in businesses of all sizes. Overall, 3% rated these as the top barrier to taking on staff and, for employers with 251+ employees, these were the biggest regulatory concern.