By Bar Huberman on 17 May 2016 in Labour market, Migrant Workers, Immigration 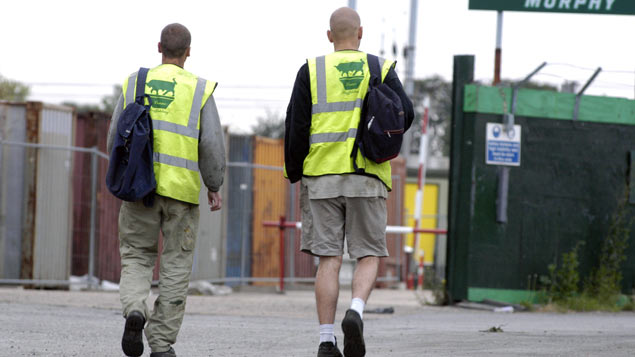 The Immigration Act 2016 has received Royal Assent, introducing a range of measures to crack down on businesses that employ migrants illegally.

The Government said the aim of the new rules is to “tackle the exploitation of low-skilled workers”.

Immigration minister James Brokenshire said: “Some employers seem to think that by employing workers who are less likely to complain, including vulnerable migrants, they can undercut the local labour market and mistreat them with impunity.

“The unscrupulous need to know that breaking the law is a high-risk activity and the full force of the state will be applied to them.”

The Immigration Act 2016 makes a number of changes to the criminal offence of employing illegal workers. A Government factsheet on the new legislation says: “By making the test more objective we are making it easier to prove the offence.”

Permission to work in the UK contract clause

The Act also introduces tougher sanctions on employers, increasing the maximum custodial sentence on indictment from two to five years.

Further, it introduces a completely new power to close premises for up to 48 hours where a business employs illegal migrants.

If the employer can prove that it has conducted the appropriate checks, the “closure notice” may be cancelled.

Where it cannot, the business may be placed under special compliance requirements, including a period of continued closure.

The Immigration Act also makes illegal working a criminal offence in its own right, with a maximum custodial sentence of six months and/or a fine. Wages paid to the illegal worker can be seized as the proceeds of crime.

Aside from illegal working, the Act creates a new Director of Labour Market Enforcement to oversee the public bodies that enforce the different minimum standards for workers, including HM Revenue and Customs.

There is also a visa levy (immigration skills charge) on employers that use foreign labour.

Clio Springer, senior employment law editor at XpertHR said: “While employers that comply with the immigration rules when employing foreign nationals are unlikely to be affected by many of the Immigration Act’s enforcement provisions, those that sponsor migrants under tier two of the Government’s points-based system may, in future, find themselves having to pay the visa levy (immigration skills charge).

“The details are yet to be decided and the Government has said that there will be a consultation so employers should look out for further developments.”

In addition, all public-sector employees who work directly with the public will be required to speak fluent English (or English or Welsh if they are in Wales), and the Government will issue a code of practice to help public authorities identify fluency.

Although the Immigration Act 2016 is now law, the majority of the measures will be commenced only once regulations are made.

The Government has produced a range of factsheets on the Immigration Act.