TUC: Use technology to work shorter weeks, not bully workers 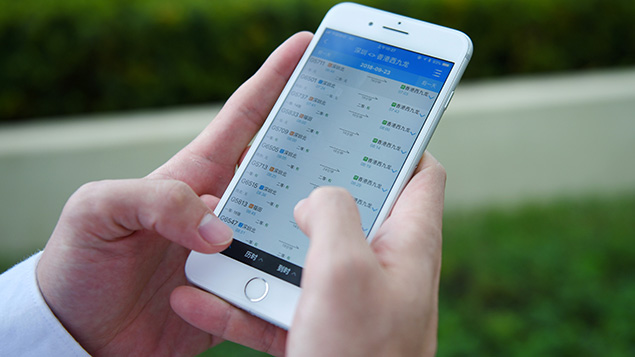 Too many managers use technology to exploit workers, rather than enabling them to work smarter, says the TUC
Mao Siqian/Xinhua News Agency/PA Images

The TUC claims employees could work shorter weeks on higher rates of pay if we make the most of new technologies such as artificial intelligence, automation and robotics.

HR tech: are we entering the era of the workplace “co-bot”?

At its 150th annual congress this week, the union will urge the government to ensure that the benefits of new technologies are not “hoarded by managers and shareholders” and instead are shared fairly between managers, shareholders and “ordinary workers”.

According to a TUC survey, more than half (51%) of workers fear that boosts to the UK economy from technological innovation will result in gains for business owners rather than improvements in their own standard of living. Eight in 10 would like to reduce their working time in the future, and 45% would opt for a four-day week without loss of pay.

Almost three-quarters (74%) think improvements in technology should give them more control over their working lives, as opposed to the “always-on” culture fostered by many employers. The TUC argues that much new technology takes away workers’ rights – for example by forcing them to be on standby for gig economy jobs without being paid – instead of making their lives easier.

Two-thirds of respondents to the TUC’s research believe automation will lead to work becoming faster-paced and more intensive. Seventy-two percent believe it will mean they are more closely monitored by bosses.

Workers do anticipate some positive outcomes, too: 68% think technology developments will mean fewer dangerous jobs; 68% believe they will create more creative work; and two-thirds think we will make greater use of our interpersonal skills and work will be more enjoyable.

The TUC wants unions, employers and government to come together to negotiate on improved pay and conditions through a future of work commission. The aim of the commission would be to:

General secretary Frances O’Grady said: “Millions of people are stuck in insecure jobs and stressed out. And too many employers are using tech to treat workers unfairly.

“When the TUC’s first Congress took place 150 years ago, people worked 10 hours a day with only Sunday off. But in the last century we won a two-day weekend and limits on long hours. This century, we must raise our sights to reduce working time again.”