TUPE: Were the reasons for dismissal personal? 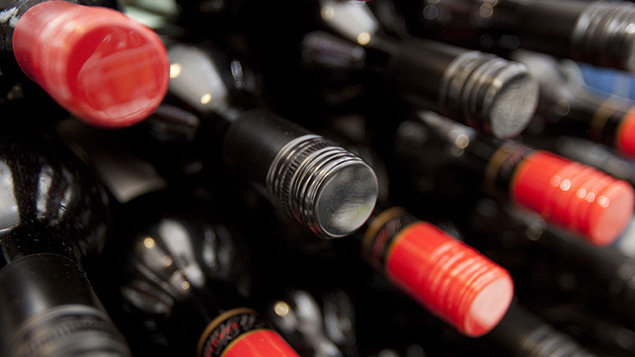 A recent Court of Appeal case looked at whether someone dismissed directly before a business transfer was right to claim for unfair dismissal. Dr John McMullen looks at the judgment and considers the implications for employers.

In February, the Court of Appeal handed down an eagerly anticipated TUPE judgment in the case of Hare Wines Ltd v Kaur.

Usually, under Regulation 7(1) of the Transfer of Undertakings (Protection of Employment) (TUPE) Regulations, a dismissal is automatically unfair where the sole or principal reason for an employee’s dismissal is the transfer itself.

In the case of Hare Wines v Kaur, an employee was dismissed shortly before a transfer. However, the new employer’s motive in encouraging the dismissal of the employee was to avoid employing her because she had ongoing difficulties in her working relationship with another employee, who would have become her supervisor after transfer.

So was this a case where the sole or principal reason for the dismissal was the transfer, or was the dismissal was really about the anticipation of ongoing difficulties in the working relationship and therefore reasons which were purely personal to the employee concerned?

Mrs Kaur worked as a cashier at wine and beer merchants H&W Wholesale, which got into financial difficulties. Hare Wines agreed to purchase the business and take on any employees under TUPE.

However, this was to the exclusion of Mrs Kaur, whose employment was terminated by the transferor two days before the transfer. She brought a claim for automatic unfair dismissal.

An employment tribunal found that the transferee did not want to employ her because of ongoing difficulties in her working relationship with Mr Chatha, a transferring employee, and for that reason was told that she was not wanted.

However, the tribunal found that Mrs Kaur would have been employed immediately before the transfer but for her dismissal two days earlier, and the real reason for the dismissal was therefore the transfer, and so automatically unfair.

Hare Wines appealed. The basis of its appeal was that the existence of purely personal reasons precluded the transfer from being the reason for the dismissal. The EAT rejected this and upheld the employment tribunal decision.

First, the reason the employer gave for the termination of Mrs Kaur’s employment at the time was false. It claimed Mrs Kaur had objected to the transfer and left voluntarily. The employment tribunal did not believe this. She had plainly been dismissed. That was not a good start.

Secondly, it was clear from the European Court case of P Bork International v Foreningen AF Arbejdsledere I Danmark that an important factor that may be taken into account in deciding the reason for dismissal is its proximity to the transfer.

The Court of Appeal adopted this approach, noting that although proximity to the transfer is not conclusive, it is often strong evidence in the employee’s favour.

Third, although it was true to say that the ongoing work relationship difficulties could be described as “personal” to Mrs Kaur, the Court of Appeal was influenced by the fact that the difficulties were long standing and ongoing. Her difficulties did not arise just on the point of transfer and were not going to end just afterwards.

In a situation where an employer had not taken action to resolve an ongoing relationship difficulty prior to the transfer, but does so only at the point of transfer by dismissing one of the parties in that difficult relationship, it is open to the tribunal to conclude that the reason for the dismissal was the transfer.

As Lord Justice Underhill succinctly put it: “The transfer was not simply the occasion for her dismissal but was, if not the sole reason, at least the principal reason for it: it was the transfer that made the difference between the problems being treated as a cause for dismissal and not.”

So even if an issue affecting an employee’s conduct or capability (which would not normally be transfer related) was suddenly acted upon on the point of transfer, the transfer might well be the sole or principal reason for the dismissal. Taking all of these factors into consideration, the employment tribunal decision was upheld.

The practical advice arising from this case is that potential new employers under TUPE are not permitted to “cherry-pick” or decide not to take over employees who are clearly assigned to the transferring organisation.

An employer cannot pick and choose which employees are “desirable” and insist the “troublesome” colleagues are left behind or dismissed. Any perceived difficulties with transferring employees must be ironed out by the new employer following appropriate and fair employment procedures.