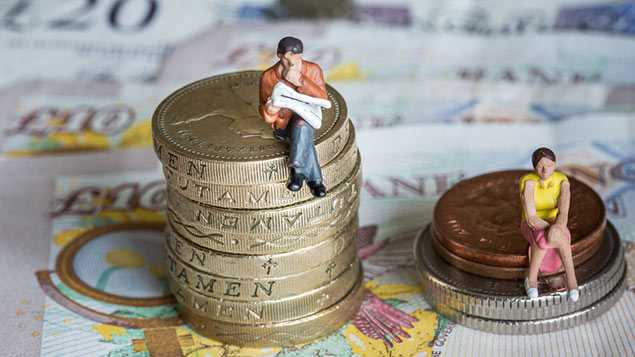 Women earn less than men throughout their working lives and the gap is widest in their 50s when they earn £8,504 less per year than full-time men.

The analysis, carried out by the TUC using the Office for National Statistics’ 2015 Annual Survey of Hours and Earnings, compares full-time median earnings for men and women across the UK.

TUC general secretary Frances O’Grady said: “Women suffer a huge pay penalty over the course of their careers, which peaks in their 50s. At current rates of progress it will take decades for women to achieve pay parity with men.

Do employers have to publish an explanation of their gender pay gap figures?

“Having children has starkly different effects on men’s and women’s pay, with women earning less after having kids and men earning more.

“Far more needs to be done to help mums get back into decent, well-paid jobs after they have kids – and to encourage dads to take on their share of caring responsibilities.”

The gender pay gap begins as soon as women start their careers – an 18-year-old woman working full-time earns on average £1,395 per year less than her male counterparts.

The TUC believes that the increase in the 40s reflects the different impact of parenthood on women’s and men’s earnings. Research published by the trade union body earlier this year found that at age 42, the pay gap between mums and dads in full-time work was 42%. For childless men and women in their early 40s, it was 12%.

To help close the gender pay gap, the TUC suggests: