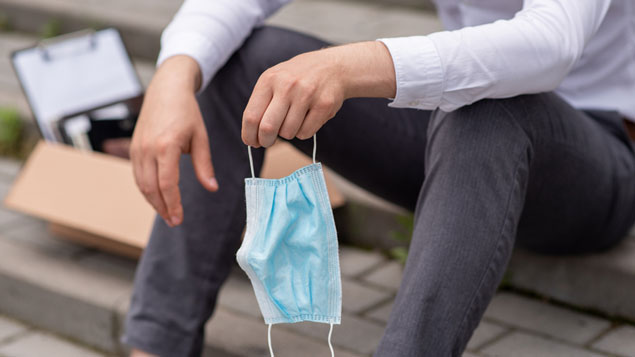 The number of weekly working hours in the UK has fallen by 16.7%, the largest decrease since records began in 1971 with total hours dropping to their lowest level since the early summer of 1997.

Total weekly hours have fallen by 175.3 million to 877.1 million hours since March and the start of the pandemic in the UK.

Office of National Statistics analysts say that the number of hours worked per week is a truer reflection of the economic impact of the coronavirus because redundancy figures were skewed by the furlough scheme and by those who told its Labour Force Survey that they had a job to go back to even though they had been laid off and not furloughed.

ONS figures indicate the number of workers on UK payrolls fell by 649,000 between March and June which, dramatic though it appears, is not as large a fall as many had feared because the furlough scheme is mitigating the true impact on unemployment.

Economists say the full effect on employment will not be felt until the Coronavirus Job Retention Scheme ends in October.

Coronavirus: the effect on working lives

Half of UK employees worked from home in April

The ONS said: “This was the largest annual decrease [in working hours] since estimates began in 1971, with total hours dropping to its lowest level since May to July 1997.”

A larger than usual number of those people losing their jobs were not currently looking for another one and were therefore economically inactive rather than unemployed, said the ONS.

Meanwhile, a survey by the British Chambers of Commerce (BCC) said 29% of businesses expected to decrease the size of their workforce in the next three months. The BCC called for a cut in employers’ National Insurance contributions to protect businesses and jobs.

The number of people claiming work-related benefits – including the unemployed – was 2.6 million.

The ONS said: “Despite the lack of overall increase in the number of unemployed, the estimated number of people unemployed aged 16 to 24 years increased by 47,000 on the year while other age groups remained steady.”

The government’s spending watchdog, the Office for Budget Responsibility, has warned that in the worst-case scenario, unemployment could rise to four million.

Matthew Percival, the CBI’s director for people and skills, said: “These figures show serious difficulties for hundreds of thousands of people, but unfortunately this is still only the beginning of the impact on the labour market. Flattening the unemployment curve will remain paramount.”

The ONS noted that its surveys had revealed a significantly sized group of workers “who for one reason or another fall outside the scheme but who believe they will have a job for them to come back to, such as informal bar staff previously working in a now closed pub, and so they are saying they still have a job”.

It added: “The size of this group of people helps to explain much of the difference movements in the number of employees paid through the payroll, measured using the PAYE data, and the number of employees measured using the Labour Force Survey (LFS). It could also explain differences between the LFS and the claimant count measure, as these people could be counted as employed by us but eligible for Universal Credit.”

Response from recruitment and training sector

James Reed, chairman of employment services company Reed, said that hopes for a V-shaped recovery had been dashed by May’s disappointing GDP figures, with the ONS unemployment statistics suggesting the “UK’s economic trajectory could look more like a game of snakes and ladders”.

But, said Reed, “Green shoots are beginning to appear in different sectors of the jobs market. There were marked increases in financial services and estate agency roles on reed.co.uk last month, and there are over 10,000 jobs available separately in education and health and medicine. Furloughed or unemployed workers may need to consider their transferrable skills or reskilling and upskilling to adapt to new sectors where the opportunities exist.”

Neil Carberry, CEO of the Recruitment and Employment Confederation said it was important to remember that the UK economy was always creating jobs, adding that the REC’s Jobs Recovery Tracker suggested that job ad numbers had been rising since early June. “In the next few months the key will be helping firms retain staff as furlough ends – that’s why the REC has called for a targeted cut in National Insurance – and helping those who do lose their job to find new work quickly.”

Jack Kennedy, UK economist at the global job site Indeed, said: “Overall, there are few signs of a thunderclap in hiring and the chance of a V-shaped recovery appears very slim. Since the outbreak of Covid-19, there has been a short and fast decline in UK job postings and early indications suggest it will be a long and slow climb back to ‘normal’ levels.

“One concerning trend is that hiring in the UK isn’t gathering the same momentum as in other markets and compared with G7 economies, the UK lags a long way behind. This dearth of new jobs combined with a rise in unemployment means greater competition for fewer roles. This squeeze is already affecting people in the North and Midlands more than those in the South and could make finding a job more difficult.

“Though the outlook remains dismal, there are some rays of hope on the horizon. Vacancies ticked up slightly in June and our research shows that so far in July there has been growth in job postings in sports, cleaning and sanitation, beauty and wellness, driving and construction occupations.”

Kirstie Donnelly, CEO at City & Guilds Group said that in addition to supporting young people, the UK government must ensure that “people of all ages, particularly those from lower socio-economic groups, or people displaced from industries badly impacted by the pandemic have the opportunities to gain the new skills they need to access meaningful employment”.

“The funding needed to make this happen already exists,” she said. “In our Recovery & Resilience report, published this month, we called on the government to urgently redirect existing skills funding to ensure that the budgets set aside for further education are being allocated in the right way, with the right focus to support skills development that promotes both employment and social mobility. We know skills development will help pave the way to economic recovery and we have the means to make this happen. This is our ‘Act Now’ moment.”

Employers will soon be unable to furlough employees as the chancellor looks to end the job retention scheme.