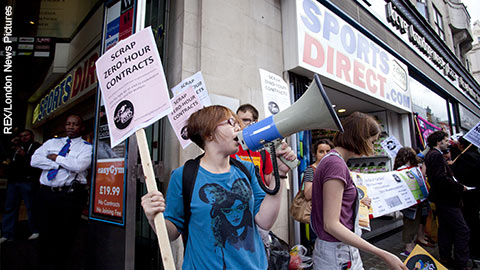 The Government’s fact-finding exercise into zero-hours contracts is “inadequate” and requires further analysis to identify best practice for employers, according to a report published today.

The report, Flexibility or insecurity? Exploring the rise in zero hours contracts, published by The Work Foundation, calls for a more systematic investigation into zero-hours contracts than the review commissioned by business secretary Vince Cable.


Work Foundation director and report author Ian Brinkley said: “There are vast numbers of workers who are unaware they are on zero-hours contracts. We still don’t know how many have taken them by choice and how many out of necessity. Nor do we yet understand the true reasons why employers are making more use of them.

“A fuller investigation would enable accurate analysis and such data would help devise effective policy measures and map out best employer practice to protect workers most vulnerable to potential abuse,” added Brinkley.

The report describes how existing official statistics on zero-hours contracts are unreliable, and provides a detailed analysis of the available data setting the wider context of such contracts.

In the report, Brinkley asserts that calls to ban zero-hours contracts for reasons of bad employment are misplaced, as is the view that they are a uniquely exploitative form of contract.

The analysis suggests that zero-hours workers are more likely to be permanent staff than in temporary employment. And while many would expect the contracts’ use to be more common among temporary low-paid workers, the reality is far more nuanced. The report illustrates how the picture varies from sector to sector. For instance, in low-paid work, their use is common in hospitality – where it is reported in nearly 20% of workplaces – but rare in retail, where it is 6%