By Ashleigh Webber on 17 Jan 2020 in NHS, Latest News, Discipline and grievances, Whistleblowing 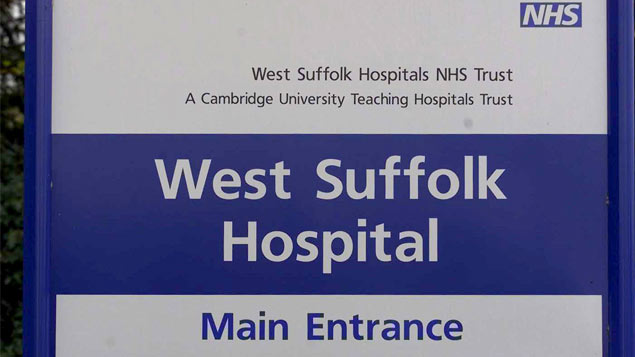 Bosses at a hospital in Suffolk have been accused of deliberately misrepresenting their reasons for requesting fingerprint and handwriting samples from staff in an attempt to identify a whistleblower.

Staff at West Suffolk Hospital in Bury St Edmunds were allegedly asked to provide the samples to help bosses establish who had written an anonymous letter to a widower. The letter informed him about errors in an operation on his wife Susan Warby, who died five weeks after the procedure in August 2018.

Senior doctors were allegedly told that failure to provide the samples would indicate they were behind the letter and would face disciplinary action, reports have suggested.

Consultants have accused the hospital of denying them the opportunity to speak up about concerns over patient care and of having a “culture of bullying from the top down”.

According to the Guardian, West Suffolk NHS Foundation Trust spent £968 on a handwriting expert and £1,512 on a fingerprint expert to try to identify the whistleblower.

It said the investigation was overseen by a former assistant police chief constable who sits as a non-executive director on the trust’s board.

The trust was also accused of misleading staff about how their fingerprints and handwriting samples would be used. According to minutes of a meeting of consultants seen by the Guardian, one doctor said:  “The request for biometric data was not voluntary, although the most recent communication described it as voluntary.”

The trust described the whistleblower’s letter as a “data breach” and said this was the reason why it began investigating the incident. It said it wanted the fingerprint and handwriting samples in order to “rule staff out” of the investigation and had stopped pursuing fingerprint requests further.

The trust said in a statement: “A very serious data breach took place where confidential patient information was accessed and shared inappropriately, causing distress to a patient’s family. We opened an investigation into that data breach, as is our duty.

“We have apologised to our staff. We have no intention of pursuing fingerprint requests further.”

It added that it acted on staff feedback on how it described the investigation in an internal message, and amended its wording in subsequent communications.

One Response to Hospital bosses asked for fingerprints to identify whistleblower