Glassdoor’s employer reviews pose a challenge to organisations: use the forum as an opportunity for more engagement and increase transparency, or rely on traditional, more controlled ways of communicating with prospective candidates. Does it foster a more open culture or just another opportunity to offload on social media? Adam McCulloch reports.

The Telegraph’s recent headline was an eye-catching one: “10 companies that should be fun to work for… but aren’t.” It’s easy to imagine most HR professionals surrendering to the desire to click and devour juicy details of flawed employee engagement policies, poor morale and malfunctioning reward systems, at companies that, hopefully, they themselves don’t work for.

The article itself was put together using employee reviews from Glassdoor, the website regarded as the TripAdvisor of the workplace, and a company that was recently acquired for $1.2bn by Japanese conglomerate Recruit Holdings.

It named employers as diverse as stationery chain Clinton’s, toy store Hamleys, electric carmaker Tesla and theme park KidZania; organisations many would imagine would be “fun” to work for but which are, according to Glassdoor reviews, leaving staff feeling underwhelmed.

At luxury property rental website Onefinestay, a former technology worker wrote at Glassdoor: “Management changeover last year was handled very badly. Senior management constantly bicker, benefits are being cut … everything has turned toxic.” Hamleys was described by an employee as “a disappointing place to work” while another said it “destroyed my soul.” KidZania London, touted as “perfect for a fun day out” in its own marketing, is, says the Telegraph, “not quite so fun to work at”. A supervisor at the company wrote: “The structure of the day has a very school-like feel, making the staff feel inferior and often patronised.”

In terms of company ratings by employees, Glassdoor’s average is 3.4 on a five-point scale; only Butlins (“not a particularly nice atmosphere and rude customers”) of the Telegraph’s 10 achieved as high as 3, with high street fashion retailer Joy (“completely unrealistic sales targets”) getting only a 1.7.

There’s no doubt that Glassdoor has had a huge impact: it now has about 42 million reviews covering more than 800,000 companies and more than 55 million unique users visit its mobile applications  and website monthly.

It is clearly fulfilling a need: we want to know about prospective employers from the inside, something its founders realised back in 2007 (2013 in the UK) after one of them, then working at Expedia, had accidentally left the results of an employee survey on a printer and began to wonder what would have happened if the results were made public.

The level of transparency encouraged by the advent of Glassdoor, on everything from salaries to the state of the office loos, has stripped companies of their cloak of invisibility when it comes to internal issues they’d rather we didn’t know about.

But “reviewer culture” has its drawbacks. How reasonable are the reviewers in managing their own expectations, and to what extent are they driven by “bad day in the office” syndrome or just spite?

Many TripAdvisor users will know to take some contributions with a pinch of salt. Colourful descriptions of waiting to be served in restaurants that actually work on a buffet basis can be found as well as endless tirades about handtowel shortages and food quality. “No melon is ever ripe enough for people on TripAdvisor” is how one travel analyst summed up the pervasive culture.

Of course, unreasonable comments by website users are bound to get through and the site has at various times been awash with defamatory comments – KwikChex, an online reputation firm, was reported in 2011 to have found 27,000 and last year uncovered fake reviews that were unfairly damaging businesses.

At Glassdoor, the scope for dishonest reviews is much reduced because the website verifies that each review comes from real employees “through technological checks of email addresses and through screenings by a content management team,” spokesman Scott Dobroski is quoted as saying on the company’s Wikipedia page. 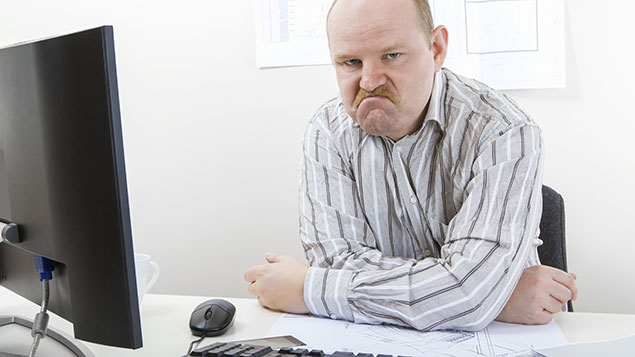 Are reviews just an outlet for disgruntled staff to sound off?

Employers are encouraged to interact with reviewers and Glassdoor’s guidance suggests that all reviews should be responded to. More than 160,000 employers have free employer accounts, which provide basic employer branding tools, company-specific analytics and the opportunity to respond to reviews from the employer perspective. A spokesman for Glassdoor says: “It’s important that employers can put their side of the story across, whether they are a client or not. Of course, not all free employer account holders respond to reviews, but increasingly this is seen as good corporate practice to do so.”

In its guidance for employers on how to respond to reviews Glassdoor points out that 40% of UK jobseekers consult company reviews and ratings when making job decisions “We generally advise employers to engage with their audience and respond to all reviews, both good and bad,” it says.

Even in the US, where Glassdoor has been around for five years longer than in the UK, as recently as 2016 only 12% (61,000) of the companies listed on the website interacted with it, according to Forbes magazine. One consulting firm’s executive vice president is quoted as saying he’d rather “turn the other cheek” and not reply to anonymous digs. He told Forbes: “I think Glassdoor wants people to post crapola. Because they think that’s sexy and entertaining.”

The danger of such an approach, however, is that organisations may look as if they have something to hide.

Other senior figures at companies told Forbes that positive Glassdoor reviews had helped recruit staff and that it had influenced their decisions to alter leave policy, for example. One CEO wrote in response to a negative review: “Thanks for taking the time to offer your feedback, please shoot me an email or swing by my desk.”

In the UK, large corporates such as mobile network Three (rating of 3.6 and 561 reviews), regularly dip in to their reviews and attempt to address the concerns of around one in every five reviewers.

One reviewer wrote this year: “More staff needed, sometimes only six to eight to a shop including management, not enough overtime/hours allocated.” An HR adviser at Three responded; after thanking the colleague for their other “amazing” comments, the adviser wrote: “Staffing levels should be based on footfall but if you do have concerns about staffing levels in store please speak to your manager in the first instance.” It’s immediately obvious that Three has taken an individualised approach to responding to comments and that candidates viewing the company’s Glassdoor pages would be impressed by the constructive nature of the interactions. (Three did not wish to be quoted about its policy at this time).

There are only 19 reviews of Honda UK (above average rating of 3.6) at Glassdoor; one reads: “Pros: Generally nice people with low levels of political bullshit. Advice to management: For crying out loud, get some business acumen into the hr department. Also, stop sending over low quality, inexperienced Japanese on 2/3 year contracts. All they do is make short-term errors and have no leadership skills whatsoever. Trust the Europeans and keep your noses out!” So far there have been no replies from the HR department. Honda was approached for a comment but has not responded.

There are eight reviews of the DVLA (rated 2.6) in Swansea and, again, no replies from the employer. One reviewer, an ex-employee writes: “Relaxed working environment (in some departments). Wide variety of roles. Some good people to work with,” but then: “Brilliant if you are useless. Some useless managers who are full of their own self-importance.”

Could it be that if more disgruntled staff see that their reviews are not only anonymous but never responded to that they are more likely to give unbalanced, even rude, feedback?

Construction giant Mace has an above average 3.9 rating, and 132 reviews at Glassdoor. Its HR team have replied to most recently posted reviews, however brief they are, acknowledging the company’s desire to seek improvement in areas such as flexible working and career progression.

But one review, from a project manager, praises the company on several fronts then criticises its gender pay gap and diversity policy. The employee writes: “Motherhood penalty is very real in this company, as probably the sector. Highly qualified women are looking elsewhere. Flexible in a limited sense. Need to overhaul the greying middle age directors and let some fresh thinking in. We are in danger of losing talented people because there are barriers in place. The industry needs to change – let’s be at the forefront.” The comment doesn’t have a reply, unlike subsequent submissions.

Mace’s HR director, Carol Hosey, believes industry attitudes towards employee reviews are changing: “Part of our current HR strategy at Mace is to focus on improving retention and employee engagement. You can’t do that unless you genuinely understand what people think about their life at Mace.

She adds: “Glassdoor is one of a number of channels that we use to gather valuable commentary from people who may have left the business or might currently be unhappy in their role. We use that feedback to inform our reviews of Mace’s training, policies and processes, aiming to identify areas of concern early on so that they can be addressed as quickly as possible. We have recently introduced a policy of trying to reply to as many comments as we can.”

For David D’Souza, the CIPD’s membership director, replying to legitimate complaints is just one part of the process organisations need to set in motion. He says: “Replying to the reviews shows a degree of care, but far greater care can be shown by actually acting to improve practices. It’s not about managing PR.

“It’s been too easy for employers in the past … now substance needs to count. It’s healthy that people understand as much about an organisation before joining as possible.”

Although D’Souza acknowledges that there is a danger of “reading too much into negative reviews” he says the replies organisations make should not be couched in corporate-speak and must reflect genuine interest: “As with TripAdvisor, if you have a cut and paste reply from a restaurant you are unlikely to eat there. If you see that there is a genuine attempt to meet your individual concerns you will be more likely to look favourably on the place.”

“What Glassdoor allows is far more transparency. It’s a mixed blessing for companies but if they are struggling its more likely bad things will appear in the public domain.” He emphasises that companies need to listen to staff and act before staff complaints enter the public domain where possible.

The effect of Glassdoor’s reviews and the increase of openness at a time when recruiting skilled labour is becoming harder is that the “pinch of salt” approach to criticism has well and truly had its day. The idea that companies can project an image that masks poor rewards, engagement and flexibility now lacks all viability – which means we can expect to see more headlines about employees’ honest perceptions of where they work.

What does the MAC report mean for employers?

New hires not getting what they need from onboarding

How to build a compelling talent attraction strategy...