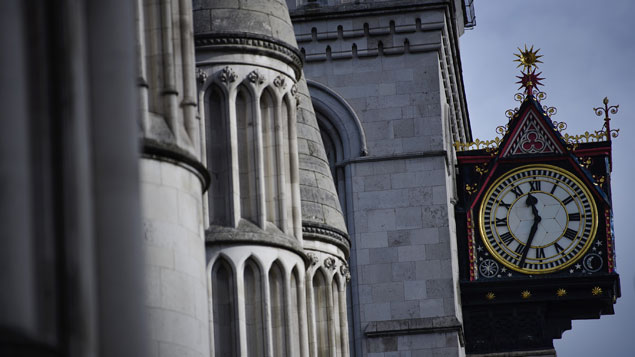 The Court of Appeal has delivered its judgment in the important whistleblowing case of Chesterton Global Ltd and another v Nurmohamed.

This is a key case that sets out the approach to be taken by tribunals when deciding if a disclosure is “in the public interest”, a requirement for statutory whistleblowing protection.

The Court of Appeal heard the appeal on 8 June and its judgment was published on 11 July. Chesterton is the first appeal case to consider the scope of the public interest test.

The test was introduced in June 2013 to prevent workers from using whistleblowing protection laws to bring claims where they make disclosures about a breach of their own employment contract.

Mr Nurmohamed, an estate agent, had successfully brought a claim in the employment tribunal for dismissal and suffering detriment as a result of making a protected disclosure.

He had raised a concern that there were misstatements in Chesterton Global’s management accounts, which he alleged were designed to reduce the amount of commission paid to around 100 senior managers, including himself.

The employment tribunal decided that his disclosures were in the public interest. The tribunal’s decision was upheld by the Employment Appeal Tribunal. The employer appealed to the Court of Appeal.

The Court of Appeal heard arguments on behalf of the employer and Mr Nurmohamed as to alternative meanings on what constitutes a public interest.

Morgan v Royal Mencap Society
The EAT held that a tribunal was wrong to strike out a claim on the basis that an employee’s concerns about cramped working conditions were not “in the public interest”.

Underwood v Wincanton plc
The EAT held that the “public interest” requirement could be satisfied where the disclosure relates to a relatively small number of workers.

Newman v Riverside Building Supplies Ltd
A tribunal struck out whistleblowing claims brought by an individual who argued that he made a protected disclosure when he complained that his line manager had been rude to a colleague.

It concluded that the statutory test of what is “in the public interest” does not lend itself to absolute rules and the employment tribunal should take a number of factors into account. These factors include the numbers of employees involved and the importance of the interest affected.

Employers and employees may consider that the scope of the public interest test has been limited.

Beverley Sunderland, Managing Director of Crossland Employment Solicitors said: “Whilst this would appear to be a backward step in terms of the intention of the protection offered by the whistleblowing legislation, the factors identified by the Court of Appeal mean that complaints about workers’ individual contracts are unlikely to qualify as whistleblowing unless the complaint is something significant such as the working hours of junior doctors.

“Here not only were 100 employees affected, but it was said to be deliberate and large scale wrong-doing which fed into statutory accounts and it was done by a big player in the London property market.”

The Court of Appeal judgment is binding on employment tribunals and the EAT.

More details of the Court of Appeal decision in Chesterton Global Ltd & another v Nurmohamed, including an analysis of its implications for employers, is available on XpertHR.

“…a ‘qualifying disclosure’ means any disclosure of information which, in the reasonable belief of the worker making the disclosure, is made in the public interest and tends to show one or more of the following:

a. that a criminal offence has been committed, is being committed or is likely to be committed;

b. that a person has failed, is failing or is likely to fail to comply with any legal obligation to which he is subject;

c. that a miscarriage of justice has occurred, is occurring or is likely to occur;

f. that information tending to show any matter falling within any one of the preceding paragraphs has been, or is likely to be deliberately concealed.”