What can HR learn from Wimbledon?

By Chris Berry on 12 Jul 2017 in Employer branding, Employee engagement 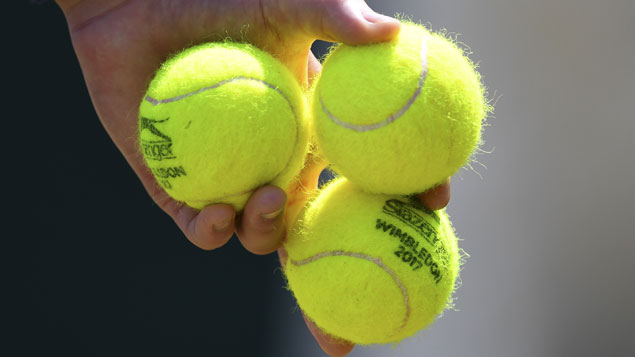 As we enter the final stages of Wimbledon, the Lawn Tennis Association is a brand that lives and breathes its values. Chris Berry looks at what other organisations can learn from its culture.

It is that time of year when everyone’s for tennis. The iconic Wimbledon Championships exports traditional British values to a mass modern global audience – values which have survived the fall of empire, world wars, economic turbulence, and even tempestuous personalities such as John McEnroe.

UK workers among the most engaged, survey finds

What can the HR team learn from its unfaltering appeal? Identifying and protecting values is at the heart of a brand’s success – and embedding them consistently from top to bottom throughout the organisation so that they are reflected in the conduct and performance of all. Wimbledon is emblematic of a brand in which the values are lived and breathed.

On court at Wimbledon, the umpires’ and players’ conduct broadcasts the brand’s key values worldwide. Players are addressed appropriately, bad language or behaviour is censured or fined, and there is a strict dress code – determining even the colour of underwear (white).

But that is just the tip of the iceberg, beneath which sits a complex structure of non-permanent and permanent staff and volunteers, as well as everyone from broadcasters to debenture holders and fans camping overnight for tickets, expected to participate in requisite conduct.

Wimbledon started life as the All England Croquet Club before lawn tennis was invented in 1875 and found its way past its original name of Sphairistikè.

Clearly it was open to change and willing to evolve. More lately however, it has been accused of promoting 1950s standards of behaviour; of being remote from the real character of modern Britain.

The championships are considered the most prestigious in the world, they are attended by royalty, and tickets can change hands for thousands of pounds. How could its values possibly be translated as modern and relevant?

Because fair play, good conduct, and striving to make a positive impact in the community are powerful and timeless. “Brand Britain” is respected for these values the world over, and no UK business should shy away from embracing them.

Wimbledon funds tennis’s governing body, The Lawn Tennis Association (LTA), which is tasked with making tennis relevant and accessible throughout the UK.

The LTA underpins Wimbledon’s values, reflecting them not only in the rules, regulations, ethics and conduct for all tennis in Britain, but also in the way all 300 members of its staff behave.

Having determined its values, the LTA strives to ensure all its staff “live” and “action” them. The LTA’s director of people Vicky Williams ensures that bonuses are dependent on this, and all staff are reviewed against them.

The values are clearly visible on the organisation’s website and included in job descriptions.

Williams explains: “Our behaviours are statements that can be read and understood by everybody. So they cut through gender, they’re applicable to generation Ys, they’re also applicable to baby boomers.

“We put values and behaviours at the forefront of the welcome day [for new joiners], and then we do a repeat induction day three weeks and three months later, just to make sure that people are truly living and understanding the values and the behaviours.”

The LTA also holds focus groups to gather feedback from across the business and briefs employees in small groups, to make sure team values are being communicated.

Good HR systems support the delivery of strong values across the workforce. Firstly, they should be aligned to your company’s brand values themselves, looking and feeling seamless as recruitment candidates and staff move from one system to the next.

The pages should be laid out with your own company’s branded look and clicking through should not feel as though users have left your company’s online environment.

You might include introductions to your company’s staff values at the recruitment stage, so candidates are aware of expectations before they even apply for a job through your recruitment software.

Values might be captured in HR systems as part of the review process and success measured against whether or not they have been met.

This makes the expectations transparent, so staff can discuss them with managers at any time. And any feedback about meeting values can also be captured in the system for future reference.

Not every organisation’s values are as visible as the LTA’s during Wimbledon fortnight, but that does not mean they should not aspire to embed them in just the same way.